After being present in the digital marketing scene for only three years, Memaar Al Morshedy was ranked the number one real estate company across Egypt, and beat Apple in other categories. We give you the scoop on just how they got there. 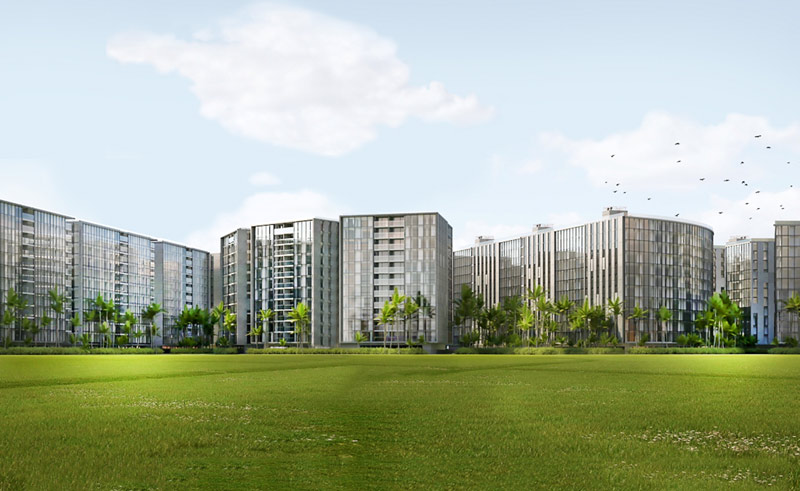 Many of us will often deny being influenced by the infectious streams of advertisements and marketing campaigns that we encounter on a daily basis. And when we think back, we probably cannot identify exactly at which point of the day we came across an ad, because marketing is clever enough to get into our cognitive thinking. Plenty of research has been done on the power of marketing with companies constantly working to outdo themselves (something for you to look into later). One company who really outdone themselves in 2016 is Memaar Al Morshedy, named the number one real estate company in Egypt by YouGov Brand Index, and 4th across all sectors.

Registered in England and Wales, the YouGov Brand Index measures the daily brand perception across seven sectors in Egypt and the Middle East. It calculates a ‘buzz’ score by surveying respondents about certain brands to determine whether they have heard anything positive or negative in the past two weeks.

Memaar Al Morshedy’s campaign strength comes from its understanding of the message that will capture the audience’s interest.

You’re probably thinking how on earth did Memaar Al Morshedy get that ranking in the first place. They also ranked the fourth most positively viewed brand across all sectors in Egypt, beating Apple. Yep. You’re not alone; we’re thinking the same thing, especially because they only entered the digital marketing sphere in 2014! “Memaar Al Morshedy’s campaign strength comes from its understanding of the message that will capture the audience’s interest,” they tell us.

A notable campaign of theirs with which you might be familiar is their Degla Palms residence project, which kicked off in the first year of their digital presence. The company released hilarious, yet relatable, promotion videos that were shared widely purely for their comedic value. But at the same time, the Memaar Al Morshedy brand was becoming more popular, yielding higher sales, and resonating cleverly with their target audience. Below is the campaign we’re talking about.And from here, they only upped their game. A year later they released their Degla Towers campaign, which was even more comical than the first. But it simultaneously touched on a very important and relevant social issue in Egypt; unaffordable housing for the youth. Many people struggle to afford housing even after landing a full time job, and then are ridiculed for still living with their parents. So the campaign shared this struggle in a comedic light, while intelligently marketing their new development. Check it out below.According to the company, “a clever message, with brilliant execution through a strong digital presence” is key in creating a recognisable brand, and bonding with the target market.