Egyptian researchers have invented a biofuel to use for cars, and possibly airplanes, out of a tree that can grow in Egypt’s deserts using sewage water. 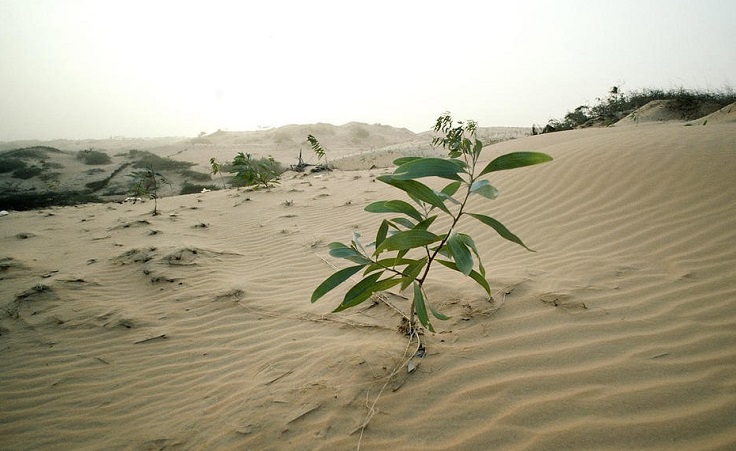 A group of researchers at Egypt’s National Research Centre have ingeniously crafted a biofuel out of Jatropha; a tree that can thrive in the deserts of Egypt with sewage water. The plant cannot be consumed by humans or animals, “making it a unique source of biofuels,” aeronautical engineering researcher, Khaled Fouad tells SciDev.

As it stands, the biofuel is fully capable of being used for car engines after the Jatropha’s oil properties are manipulated to mimic those of regular engine oils. However, in order to be suitable for an airplane engine at high altitudes, it needs to withstand temperatures of at least -45 degrees Celsius without freezing over – a development the research team is working on.

Researchers are also working on the affordability of the fuel as its commercial use remains a challenge due to the costs associated with production. The current price of the biofuel is 90% higher than the cost of regular fuel.

However, the success of the research has prompted the cultivation of the tree on around 1000 acres in Upper Egypt, encouraging researchers to expand in this area for further experimentation and may one day be a viable solution to Egypt’s sewage irrigation issue; allowing for more biofuel-accommodating Jatrophas.