In the run up to June 30th, the stakes have never been higher for the Egyptian people. Will they accept the definitions of their character forced upon them by Islamists and US interest or will they stand up and return Egypt to its former glory? 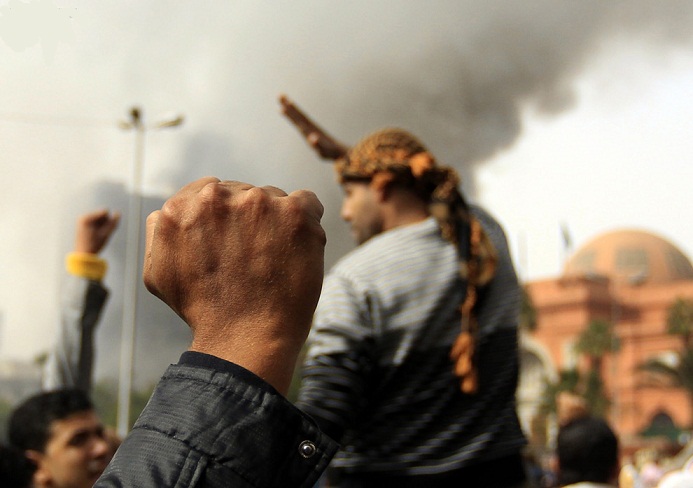 Many people are arguing that Egypt is no longer relevant on the world stage. With a buffoon for a leader and an inept army, incapable of protecting its own soldiers from kidnap, it's understandable why people have come to that conclusion. I, on the other hand, feel the exact opposite. Egypt right now is the most relevant country in the world; a country where a battle is about to commence which will define this region forever. The players are the US and their foreign policy which assumes that the people want Islamic leadership, the Muslim brotherhood who have promised the Middle East on a platter to the US and, annoyingly for the both of them, the Egyptian people.

Unlike any other time in history, the relevance of Egypt will stem from its people instead of a singular charismatic leader. The stakes are the highest ever played for and the hand being dealt means it’s the domination of political Islam for the next 30 years, or the end of it right now. The significance of the upcoming period has barely even registered on the world’s radar yet but every Egyptian can feel it in their bones and they know something big is coming.

America has banked on the assumption that the Muslim Brotherhood are genuinely popular and, not wanting to make the same mistakes they did in Iran, quickly jumped behind what appeared to be an olive vine in the midst of a confusing Arab Spring. Here was a group claiming that not only do the people love them, but that they were also equally capable of controlling the masses, Mubarak-style, while keeping US interests in the region (I.E Israel) intact. For America it seemed like a no brainer; a controllable dictatorship with popular legitimacy. The cherry on top, however, despite what the Muslim Brotherhood would have you believe, is that they have a close relationships with their counterparts in every country in the Middle East. Make a deal with one Brotherhood and you’ve made a deal with them all.

Everything seemed to be going to plan but unfortunately for the MB and the US, Egyptians never seem to make things easy for anyone. I am positive that no country has resisted what is essentially an occupation as vigorously as the Egyptian people. Every walk of life, from farmers to doctors, have fought against all attempts to force an identity onto them as defined by some Islamists sympathiser working at the Washington Institute of What Egyptians Were Really Like. While Washington seems to be getting advice from people who have probably never lived in Egypt, the reality on the ground paints a very different picture.

June 30th is not the start of a battle against a presidency, it’s a battle with far larger implications and, should the people of Egypt prevail, will result in the end of political Islam forever. If the Egyptian people stand up, demand true freedom and their rights, it will mark the end of Western powers having the final say in Middle Eastern affairs and will result in the true spring of the Arab world. Time will no longer be wasted on ridiculous questions of what a woman should wear but instead on utilising the wealth and abilities of peoples of the region in finally becoming what religion in politics has stifled; a modern, vibrant society capable of competing on the world stage.

It would be wise for Egyptians heading out on the 30th of June to remember this is not about  a president but finally ridding the world of the misconception that we will accept dictatorship as long as they end their speeches with Inshallah.