Is a cold a good enough reason not to go to work? Alaa Abdel Fattah's judge thinks so! 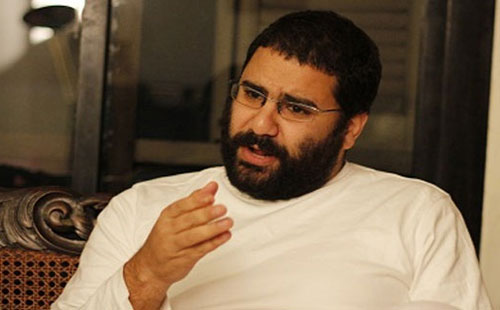 The list of farcical reasons to adjourn trials in Egypt only grows today as Alaa Abdel Fattah's trial, along with 24 other defendants, was adjourned to June 11th because, guess what, the judge had the sniffles.

According to the Egyptian judicial system, apparently anything goes in terms of adjourning or recusing oneself from a trial; from bad weather to the judges feeling "embarrassed" by the trial. But a cold seems to top the list.

Even Abdel Fattah himself couldn't resist making fun of the decision, tweeting: "I've heard that the pleas (da3wa) of the wronged can bring [divine] justice, but a cold?", while a bunch of followers were quick to cry the coronavirus wolf upon hearing the news.

Well, Abdel Fattah and his supporters' calls to smite the enemy may not be hitting the mark exactly, but in light of recent mass sentencings and other such lunacies, he may want to be grateful for a few extra days of peace before he meets his judgment, post-sniffles.