Forbes Under 30 Spotlight: How iSchool Preps Kids for a Future in Tech

With the Forbes Middle East Under 30 Summit fast approaching, we're focusing on regional pioneers who’ve made it on the list. 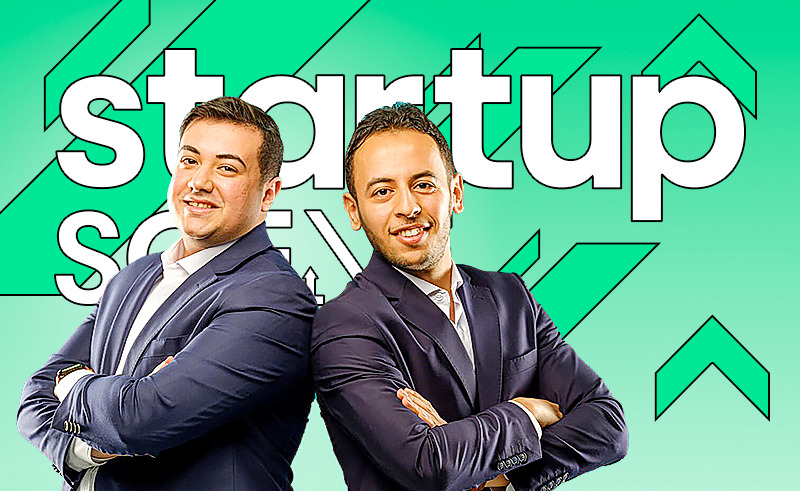 As the first Forbes Middle East Under 30 Summit in Egypt approaches, bringing some of the brightest minds in arts, business and media to El Gouna, we’re spotlighting some of the up-and-coming names who have made it on the summit’s eponymous list. Amongst them are co-founders Muhammad Gawish and Mustafa Abdelmoneim, whose Egypt-based startup, iSchool, provides STEAM-focused training to children as young as six years old to better prepare them for the jobs of tomorrow.

Launched in 2018 alongside fellow co-founders Ebrahim Youssef and Mohamed Nabil, the idea for the startup came about in 2017, when Gawish and Abdelmoneim went on a university-sponsored trip to participate in an international programming competition in Asia. Their travels saw them go through China and Malaysia, but it was in Japan that they had their lightbulb moment.

“It was there that the spark of iSchool first came to mind,” Gawish, Chief Business Development Officer at iSchool, tells StartupScene. “We found eight-year-old students participating in robotics and programming competitions, and they were beating adults who were more than 30 years old. They defeated them and even us in competitions! So, we started researching to see if we can create something that benefits young students.”

Although a young startup, iSchool already has students from across the world enrolled in its programs, including Germany, the US  and Canada. It is also gearing up to expand across the GCC, particularly in Saudi Arabia and the UAE, to reach more students in the region.

The Middle East and Africa’s edtech market is expected to reach $7 billion by 2027, according to data by Market Research, as schools across the region are increasingly adopting technology solutions inside classrooms.

Despite this projected growth,  edtech is still considered a nascent sector in the region. Although there are a number of startups emerging and offering technology solutions to students and young adults, few are targeting the younger generation, particularly those aged six years and older.

“The market doesn’t have many providers in this space,” Gawish explains. “There are ample courses for older youth, and they already know how to do research online on their own. They can look for courses and find what they’re looking for, but the younger ones don’t have the luxury to self-study and look for courses. They need someone to help them, to coach them. We see that as our role.”

He adds that this trend is not only in Egypt and the Middle East, but also across the world. However, he expects the market to grow in the region within the next few years. “It’s still not yet a big market, but the focus in the next two to three years will be on edtech and healthtech,” he says. “Every sector usually has its peak time. In the last few years, it was logistics, supply chain and fintech based companies, but the next wave will be on healthtech and edtech.”

Indeed, edtech may be slowly gaining momentum in the Middle East, particularly after the onset of the COVID-19 pandemic, presenting an opportunity for founders to fill in the gaps of traditional education and disrupt the sector.

For iSchool, the pandemic contributed significantly to its growth. When iSchool was first launched four years ago, 80% of its students were studying offline. Today, 100% of its students are online, and the startup has a total of 2,000 students enrolled in the online school each month.

“When we first started, parents didn’t understand the importance of technology, and how a six-year-old can learn tech skills,” he explains. “They didn’t know the benefits of children learning programming. And the concept of learning online was very challenging for them. How can they go online? What about privacy? Who will sit with the child? Who is the instructor? They don’t see it as the same thing as in-person learning.”

These misconceptions were all shattered with the onset of COVID-19. Despite the pandemic affecting in-classroom learning, it demonstrated the prowess of online education and the importance of tech skills for students today. “Now, it’s become normal to meet online instead of using transport and meeting up in person,” he says. “Also, because of COVID-19, it showed the importance of technology and technology-related careers and jobs. People are earning good money in foreign currency working online and using their tech skills, and they’re not impacted by global or local markets. On the contrary, they are in demand.”

It seems that iSchool’s programs are also starting to grow in demand. According to Gawish, the startup almost doubled its growth after the pandemic hit. In 2021, the startup raised its first pre-Seed round of $160,000 by Edventures, further growing the platform and enabling it to accommodate more students online.

But the pandemic alone wasn’t responsible for iSchool’s increased growth during the last two years. iSchool also had an aggressive growth strategy in place targeting not only parents, but educational institutions and government entities.

“We have digital marketing campaigns on Facebook, Instagram, and Google as well as other platforms, where we are able to reach more than 11 million parents each month, which is a big number,” Gawish says.

Besides digital marketing campaigns, the startup also works with leading schools in Egypt to provide tech programs, either as an affiliate or by completely overhauling the school’s ICT (Information Communications Technology) program. It is also now working closely with Egypt’s Ministry of Education to launch a program for secondary students to learn coding and programming skills.

PREPARING FOR JOBS OF TOMORROW

While the pandemic may have exposed many vulnerabilities in society, it has demonstrated the need to create jobs that can leverage technology. According to the World Economic Forum (WEF), the world will create 150 million new technology jobs in the next five years, and by 2023, 77% of jobs will require digital skills.

Through iSchool, Gawish hopes to provide students with relevant tech skills to enable them to compete both locally and internationally in today’s - as well as tomorrow’s - job market. “Once they have technical skills, they can start thinking of creating revenue streams, exporting their services and bringing in foreign currency, and not only relying on the Egyptian market,” he says. “They can also become entrepreneurs and launch games, apps, ecommerce platforms and have their own business. We already see students doing this.”

Seeing students develop tech skills and succeed in working online, whether locally or globally, is what makes Gawish most proud. “This is one of the best milestones and success moments when we see students creating a positive impact in their lives,” he says. “We are proud to help them learn and develop, and build them up for the future.”