The government has just launched a campaign to tear down a large number of buildings that were constructed along the Nile in violation of existing laws, in a bid to boost the economy. 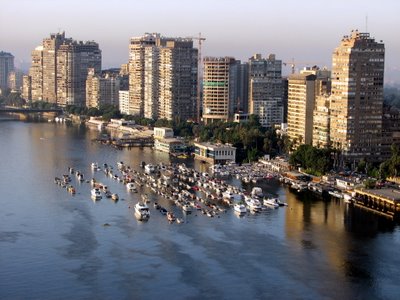 Thousands of illegal buildings built along the Nile are set for a wrecking ball moment after the government announced a clampdown in a bid to boost the economy. Officials claim that the buildings - thought to number in the thousands - hamper farmers' access to water supplies and stunt crop growth costing the government millions. However, opposition figures claim that the hardline measures will leave many families homeless.

Egypt is the world's biggest wheat importer, a massive drain on its already tight finances. Former Minister of Irrigation Mohamed Abdel Motteleb yesterday claimed that they will "not be complacent in the face of encroachment on the Nile River and its tributaries and streams."

Motteleb made his pledge in the Nile Delta town of Banha, in the heart of Egypt's breadbasket region north of Cairo.

Water access is a major challenge for many Egyptian farmers. Buildings springing up in the densely populated Nile Delta result in loss of farmland and potential damage to irrigation systems. The agriculture ministry estimates that some 12 140Ha have been lost each year to unlicensed construction in the past three years, up from 4 046Ha before the revolution.