The UAE is planning to establish a draft for their military, and are looking to join other Gulf nations in establishing the Gulf Cooperation Council as a regional safeguard. 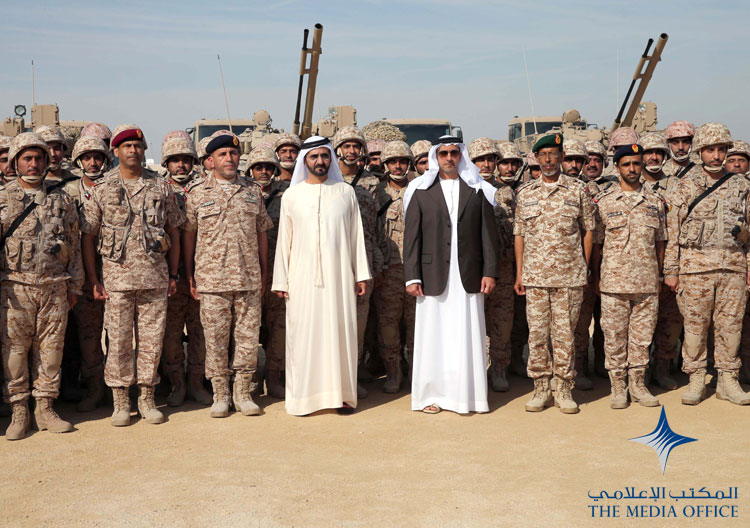 In hopes of creating a safeguard for their region, the United Arab Emirates is planning on instituting a draft for their military, making it mandatory for young men under 30 to serve. This move will potentially triple the size of its military with the hope of dealing with any regional conflict. The announcement was made by UAE Sheikh Mohammed bin Rashid al Maktoum, who explained that anyone without a high school education will have to serve two years, while anyone with a diploma will required to serve nine months. As for women their service will be optional.

“Protecting the nation and preserving its independence and sovereignty is a sacred national duty and the new law will be implemented on all,” Sheikh Mohammed said on his Twitter account. “Our gains are a red line that must be protected.”

There is yet to be an official statement made on when they will instill this plan, however, they will not be alone in the region. In November, the Qatari government approved a bill introducing a three to four month-long military service for men between 18 and 35.

The Qatari and UAE decisions seems to align themselves with other Gulf neighbours like Saudi Arabia, Kuwait, Oman, Bahrain, which have agreed to form a joint military command named the Gulf Cooperation Council to bring unity and security to the region, essentially creating their own functional NATO-like organisation to defend Gulf interests.

Saudi Minister of the National Guard, Prince Miteb Bin Abdullah explained there will be “a unified command of around 100,000 members” with GCC Joint Military Command based in Riyadh. In the meantime, there is a definitive plan to establish a Gulf Academy for Strategic and Security Studies in the United Arab Emirates.

“With this kind of decision today, I think the country is saying 'We want to continue with the stability and prosperity but we are also well-equipped for any eventuality',” Emirati political scientist Abdulkhaleq Abdulla told Reuters.

It is about time that the Arab world started defending itself, instead of relying on western forces to defend and pillage their resources. A stronger military presence is needed for the region, but establishing a mandatory draft is not the way to go about it, considering that many of the elite will find a way out of it, leaving the positions filled with the poor and uneducated which doesn't make for a smart military force. Perhaps if they provided benefits like access to education and training in skills that result in future jobs to entice the force they need, then they wouldn't require a draft.