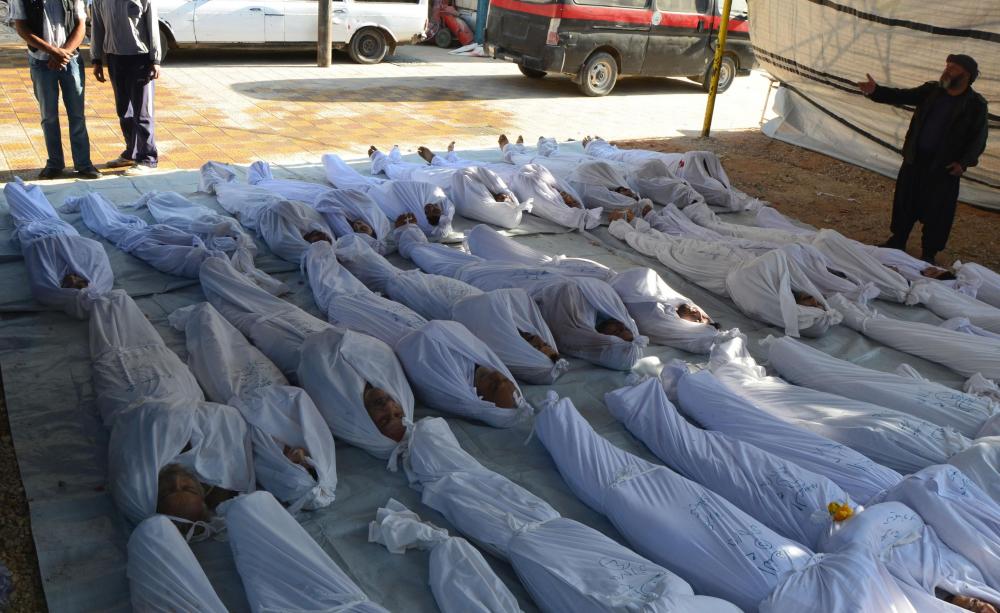 Now that a things have calmed down in Egypt, at least for the meantime, western media have shifted their focus to the on-going problems in Syria. Maybe it's the fact that Egypt's curfew makes for boring television, but probably because of the use of chemical weapons in Syria is almost certain. The videos are overwhelmingly disturbing, and it almost seems that reporters covering the events seem elated that they have so many shocking images to choose from.

It is still not confirmed who is responsible for the attack, but all fingers seem to be pointing in Bashar Al-Assad's direction. After a bit of hesitation and obstruction, the Al-Assad government has finally given approval to the U.N. Inspectors to investigate wherever they want. The only problem is that every time they've tried to access the suspected site, they were shot at by snipers forcing them to turn back. A statement from the UN Secretary General's spokesperson said the first vehicle in the six-car convoy "was deliberately shot at multiple times by unidentified snipers in the buffer zone area."

Of course the Assad government is denying the use of chemical weapons, but frankly it doesn't matter who used them. The fact that they were used at all is deplorable, and honestly beyond comprehension.

'How can the government use chemical weapons, or any other weapons of mass destruction, in an area where its troops are situated? This is not logical.'—Syrian President Bashar Al-Assad

If there troops were situated in the area, why don't we see images of attacked soldiers? The only videos I see are of children and families killed in their tracks, or stacked beside each other, as far as a camera can capture.

To make matters worse, this action is crossing the 'Red Line' that Obama drew up. For two years, Obama has been trying to stay clear of getting the military involved. Sure he provided the rebels with weapons, but Republicans have been calling him weak, and that they should intervene with their military might. These recent events may be the Republicans dream come true. I don't think that the Americans will commit ground troops, but I feel fairly confident that, before you know it, they will be committing themselves to air strikes, or enforcing a no-fly zone over Syria.

I am not the one to support foreign governments interfering, but this time, it's not clear what the solution should be. For two years, all we have heard out of Syria is massacre after massacre costing over a 100,000 casualties and violence that has resulted in millions of refugees. The reason they haven't been attacked by America yet is solely due to the Russian's support, but even that is wearing thin.

It seems like the only people left in Syria are other part of Al-Assad's military regime, or on the side of the rebels; there doesn't seem to be anyone left in the middle ground, though perhaps that's because they are being ignored by the western media. That being said, the two sides we hear about are unlikely to resolve their differences, and I honestly believe nothing will change until Al-Assad is dethroned. The only problem with that is, whether or not there is still anyone sane in Syria to take over. Replacing a mad dictator with an insane one, backed by America isn't much better.