What's all this ISIS stuff about? We paint a picture of what the Islamic State would look like, based on their plans, statements and actions of the militant group... 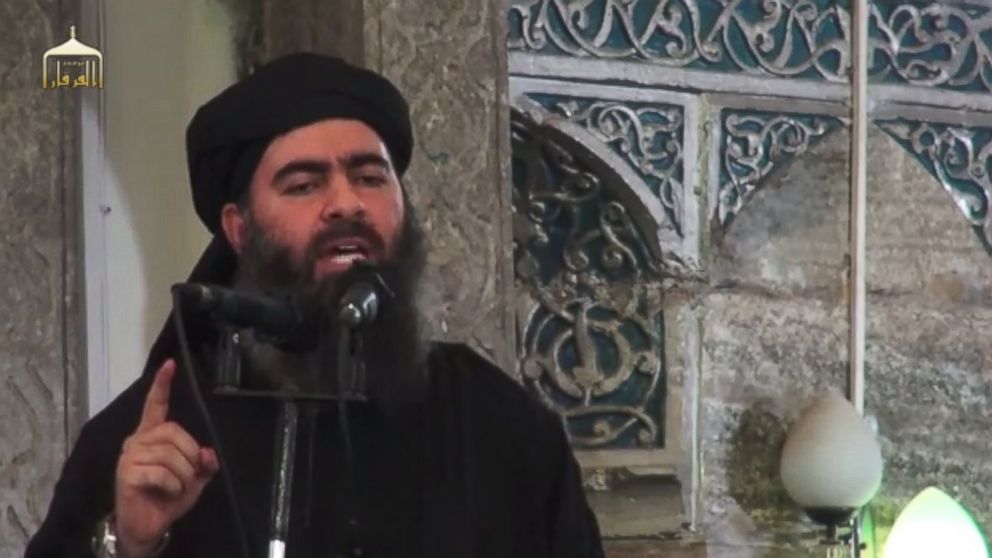 Looking to become the New World Order is ISIS; the Islamic State in Iraq and Syria. Over the last couple of months, ISIS has quickly emerged as the biggest threat to both Islam and peace in the Middle East. The re-branded group was predominantly formed from members of Al-Qaeda in Iraq, during the American military intervention that oversaw the overthrow of Saddam Hussein.

In early June, ISIS conquered the northern Iraqi cities of Mosul and Tikrit, and has more recently been threatening to overtake the capital, Baghdad. The group is led by 43-year-old Abu Bakr al-Baghdadi, the nom de guerre of Awwad Ibrahim al-Badri al-Samarri, who began fighting in 2003 against the American invasion, only to be captured in 2006. After his release towards the end of the decade, he returned to fighting in Syria and officially split off from being an affiliate of Al-Qaeda over a difference in strategy, giving rise to ISIS.

Since declaring their intentions of forming a state, ISIS has been on a bloody conquest, killing abundantly and instilling fear across the region. The real question is what would an ISIS state looked like if achieved? To paint the picture of how scary and dangerous this group is, we have decided to compile a list of the decrees and plans announced thus far regarding the actualisation of its dream state.

The Return Of The Caliphate

One of ISIS’s main objectives is to reestablish an Islamic Caliphate to rule over their state, and hopefully the Muslim world. The Caliph is comparable to a Christian Pope, as the highest religious figure in the Caliphate, and thus the highest authority. In 1924, the first President of the Turkish Republic, Mustafa Kemal Ataturk, as part of his reforms, constitutionally abolished the institution of the Caliphate. Technically, the Sunni believe a Caliph must be elected by Muslims, while the Shiites believe that the Caliph must be a direct descendant of the Prophet Muhammad. This divide is one of the major reasons there is a history of strife between both religious groups. Declaring his intentions of being the Caliph of ISIS, is Abu Bakr al-Baghdadi has released this video assuming the position.

“Rush O Muslims to your state. Yes, it is your state,”Abu Bakr al-Baghdadi proclaims, hoping to attract Muslims of all profession to join ISIS to build the new Islamic state. According to London's The Guardian, ISIS was thought to have around 6,000 members prior to seizing Mosul and Tikrit. But the conquest of key Iraqi cities has led many to speculate that their actions have inspired many Jihadists, both inside and outside Iraq, to join.

Calling for a Sexual Jihad

'Jihad al-nikah' refers to women joining the Jihad by offering sex to the male fighters. Allegedly scattered across Mosul are posters that read: “We call upon the people of this county to bring their unmarried girls so they can fulfil their duty in sex jihad for their warrior brothers in the city and anyone who will not appear will feel the full force of the sharia [Islamic law] upon him.”

Calling for Power Cuts During Ramadan

In the city of Raqqa, ISIS has announced that it will be cutting electricity during Ramadan. The thought behind this ridiculous decision is to return to a simpler time, and live the way the prophet did. This didn't sit well with many citizens who claim that things like internet, television, and air conditioning are crucial during Ramadan. "ISIS fighters informed us about this fatwa [largely] via [announcements made at] mosques," says Samer, a 35-year-old resident. When civilians asked for the reason behind the fatwa, Samer says they were told variations of: "You are not better than the Prophet and his companions who were living without electricity or any entertainment to alleviate heat and make them forget their thirst."

ISIS has created their own license plates, making it clear which citizens are considered friends and which ones are foes.

Picture have been circulated of what is speculated to be the first passport issued by ISIS, made in a government facility in Mosul that they have taken control of. Allegedly the passport belongs to their new Caliph, and plans are being pushed to create 11,000 more for their followers.

Apparently, ISIS is looking to be the Buzzfeed for extreme Islamists, publishing the first issue of an online magazine called Dabiq. Featuring “The Return of Khilafah [Caliphate]” as its cover story, the 26-page publication carries stories heralding “a new era ... of might and dignity for the Muslims.” It is unclear if they too will be making lists, but we imagine it won't be long until we find them posting '10 Sexual Jihad Positions to Drive Jihadist into a Murderous Rage'.

Calling for a New Global Map

This is allegedly ISIS's five year plan. Here's to hoping they fail, and that the world gets rid of these ass-clowns who not only damage states, but more importantly religion.