The Islamic State has issued a statement damning the Muslim Brotherhood for its "deception" and calling on the Brotherhood to repent. 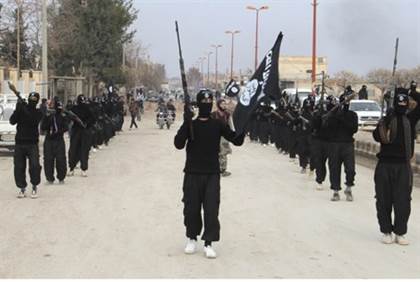 Terror group ISIS has issued a chilling warning to Egypt's Muslim Brotherhood - Repent or else.

A sickening statement by group spokesman Said Abu Hamza al-Hilali claimed that the MB had deceived itself and millions of young people, and branded the group "delinquents from the path of God."

The statement released on underground jihad forums also called for Muslim Brotherhood activists to repent for their attempts to embrace "democracy," and branded their views "dirty."

ISIS has previously beheaded those who refuse to repent for what they see as crimes against Islamic Law. Al-Hilali also criticised the group's inability to seize back power following the June 30 overthrow of former President Mohamed Morsi. He concluded "failure surrounds them on every side."

ISIS has spent months occupying swathes of Iraq and Syria, creating a de facto "Islamic State" ruled by terror amid brutal executions of those who disagree with the group's hardline interpretation of Islam.

They have previously outlined a desire to expand the caliphate elsewhere, including Egypt.