Fencer Ibtihaj Muhammad makes history (yet again) becoming the first veiled woman to compete for the U.S. in the Olympic games, this summer at Rio De Janeiro. 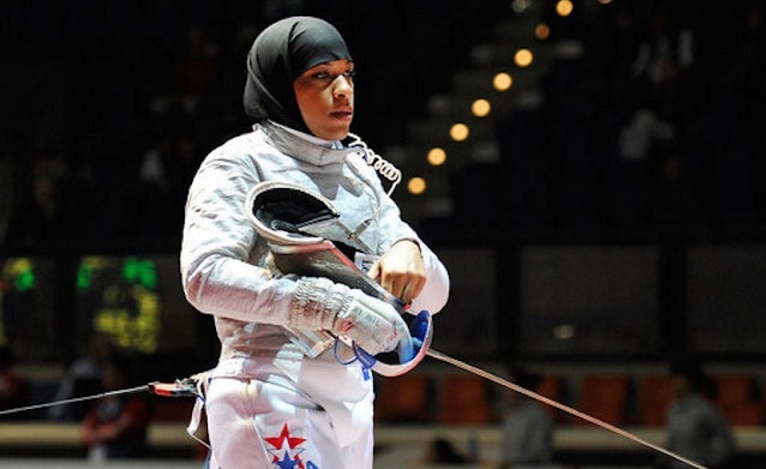 30-year-old African American sabre fencer Ibtihaj Muhammad made history several years ago when she became the first Muslim female fencer to compete for the US. She just did it again; Muhammad earned a spot on the 2016 US Olympic team after scooping the bronze medal at the Athens World Cup on Saturday January 30th.

Now that she has been qualified for the Rio 2016 Olympic Games, she is set to become the first hijabi ever to compete for the Unites States at the sporting event.

“I want to compete in the Olympics for the United States to prove that nothing should hinder anyone from reaching their goals — not race, religion or gender,” Muhammad was quoted as saying. “I want to set an example that anything is possible with perseverance.”

Although last season was arguably her best, 2013 saw her win the silver medal at the Bologna Women's Sabre World Cup in Italy.