After several groups took to social media to call for demonstrations after Friday prayers, the Interior Ministry has issued a warning to people not to join and has closed down the Sadat Station in Tahrir. 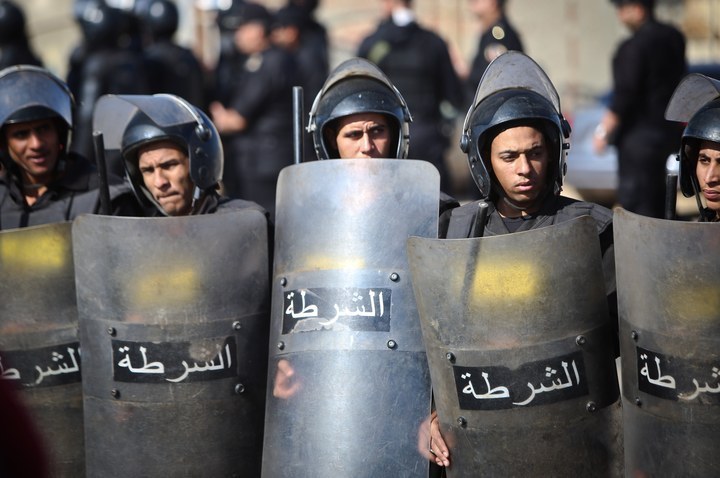 The decision to give the islands of Tiran and Sanafir to Saudi Arabia continues to bother many Egyptians, which has led to both the Muslim Brotherhood and April 6th movement allegedly calling for protests on Friday, even though the Interior Minister has issued a warning people not to join the protest.

As news spreads across social media of a potential protest, the Interior Ministry posted to Facebook a statement that they respect expressions of freedom within the framework of the law, but that officials had received information that the Muslim Brotherhood was calling for marches with the goal to incite chaos and pit citizens and security forces against each other.

Although the Interior Ministry alleges the calls for protest are from the Brotherhood members, the April 6th movement have called for a rally under the banner ‘Over our dead bodies’, to meet up in Tahrir square after Friday prayers. According to the MiddleEastEye, Hamdeen Sabahi, the former presidential candidate, has announced he will take part in the demonstrations.

The Muslim Brotherhood has also shared their anger about the president’s recent decision, but it is unclear where they plan to congregate.

Looking to quell any attempts of protest, the government has ordered the closure of the Sadat Metro station according to Youm7.