Islamist fighter Adel Habara's final appeals on two separate death sentences were rejected, resulting in his execution this morning in Cairo, despite threats by Islamic state supporters that doing so would cause "a volcano of jihad" to erupt. 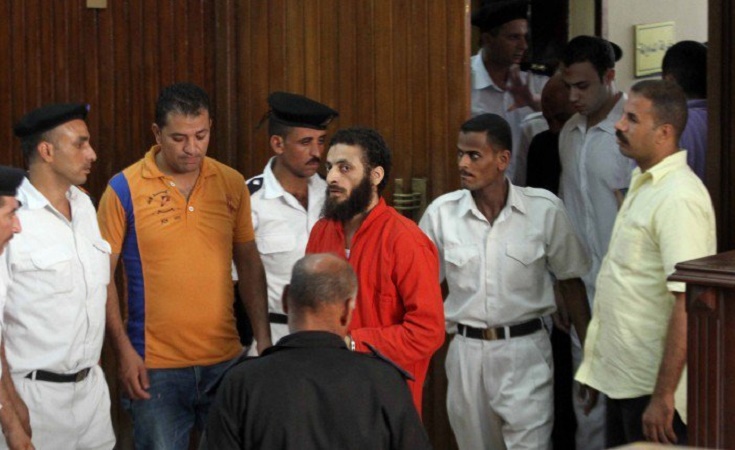 On Thursday, state media announced that prominent Islamist fighter Adel Habara has been executed after the top court rejected his final appeal.

The 40-year-old man was arrested in 2013 and was handed final death sentences in two cases for his involvement in terrorist attacks against Egyptian security personnel, including an attack in 2014 that killed 25 army conscripts on the Rafaa border, known as “the second Rafaa massacre.”

The other death sentence was handed down for the murder of a police detective in Sharqiya governorate in 2012. After his multiple appeals were rejected, President Sisi signed off on the execution which was carried out this morning, according to state news agency MENA.

Violence erupted in Northern Sinai shortly after the removal of former president Morsi in 2013 and continued to increase as President Sisi took office. Since then, hundreds of soldiers and police officers have been killed in regular attacks that often take place checkpoints.

Upon hearing that Habara’s appeal was rejected by the Court of Cassation on Saturday, Islamic State supporters issued a direct warning to President Sisi threatening vengeance if the execution is carried out.

Reuters reports that a message on the Lone Wolves account, an Islamic State support group, reads: "To the tyrant Sisi, if you dare to execute Sheikh Adel Habara then, by God, you will have ignited a volcano of jihad all over the country and opened the doors of hell on your soldiers and dogs and institutions."

Giving no credence to terrorist threats, MENA stated that this morning Habara was taken from his cell at the maximum security Aqrab jail – a.k.a. Scorpion jail – in Cairo to the Court of Cassation, where he was hung in the presence of judicial officials.