Today it was announced that Egypt will be getting 4 new fighter jets from the USA. Meanwhile, we're running low on wheat. Eihab Boraie has some suggestions on how to solve this dilemma. 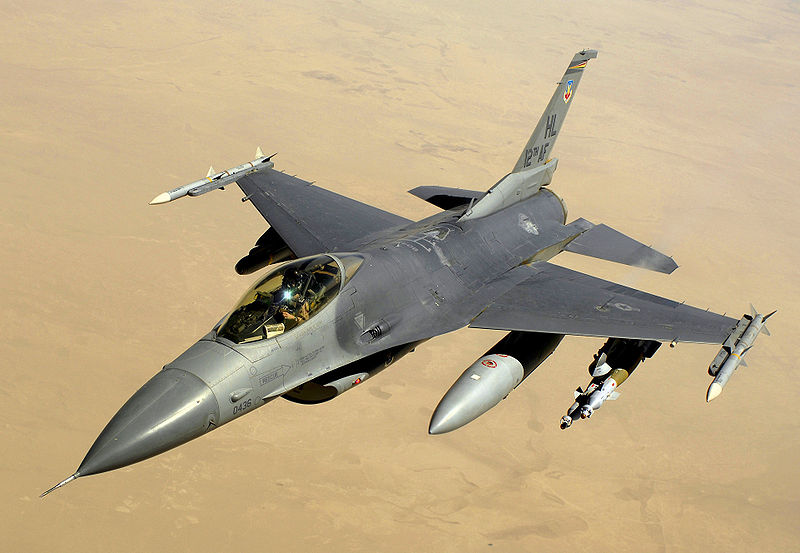 Oh, American hypocrisy! The endless source of articles for journalist around the world. Without you what would we write about? While you publicly talk about cutting our 1.3 billion dollars’ worth of aid to our Egyptian military, you still find it fitting to deliver your jets on time. Currently, the Obama administration has been meeting with linguists in order to find a way to call what is happening in Egypt something other than a coup. Personally, I prefer calling it a people's coup, however if it is legally deemed a military coup, than by law America would have to cut its military aid.

Nevertheless, Washington announced today that it will be delivering four F-16 fighter jets in the next few weeks. This is part of a larger order of 20 planes, eight of which were delivered to Egypt in January. The final eight jets are expected to be delivered in the year. So when America talks of cutting aid, not being in their best interests, you know exactly what they are talking about.

I imagine ending the contract would affect jobs in America's war machine sector. Don't be fooled - America doesn't care about Egypt, they only care about their bottom-line. If they really wanted to help Egypt they would increase economic aid that could go towards helping us fix our infrastructure and shoring up our food supplies as opposed to continuing to support us through military aid alone.

At the same time, our wheat supplies are apparently in short supply, according to former Minister of Supplies Bassem Ouda. Egypt is the world's largest importer of wheat, half of which distributed to its 84 million people in the form of subsidised bread. Normally, Egypt imports 10 million metric tons a year. Currently the state has just about 500,000 metric tons of imported wheat left.

This shortage of wheat can be attributed to the two and a half years of political turmoil that has gripped this country. With a decrease in foreign investors and tourists, as well as a drain of foreign currency reserves, it has made it impossible to maintain the imports of food and fuel.

The United Nations released a statement that civil unrest and dwindling foreign exchange meant Egypt could have a serious food security concerns. Especially if its import requirements next year equal this years. Egypt halted its purchase of international wheat in February, the longest absence from the market in years, but has an order for 180,000 metric tons for shipment in August. The Morsi government was looking to increase domestic production. "Our plan was to increase the contribution of the local wheat. We hoped to reach 60 percent," Ouda said.

Morsi's government said on June 26th that it had 3.613 million metric tons of total wheat but wouldn't reveal how much of it was imported. According to the U.S. Department of Agriculture, Egypt’s domestic wheat stocks will last through October 2013, but didn't say when foreign wheat would run out.

If I were president, I would trade one of those brand new jets for wheat, as I imagine the figures reported are based on our normal consumption, and not our Ramadan consumption. Considering we don't have a president right now, let's hope whoever is running the store makes sure we have food come this autumn.