Jihadists Do the Dumbest Things

Proving that their extremist ideologies are poles apart from the ancient teachings of Islam, two British Muslims were found to have bought copies of Islam for Dummies before heading out to fight in Syria. 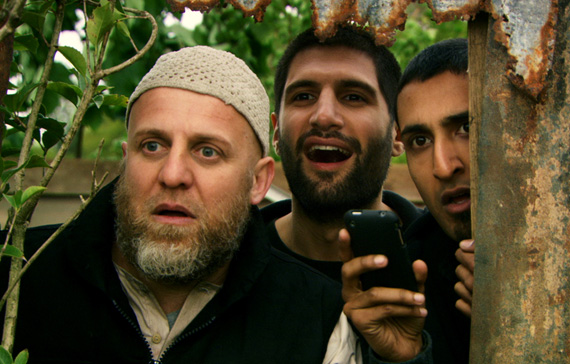 Al-Azhar religious leaders have called on media outlets to avoid using the term 'Islamic State' to refer to ISIS terrorists in Iraq and Syria. The call comes as the Islamic powerhouse claimed that the group's actions couldn't be further from the teachings of the Holy Quran. Instead Al-Azhar called on outlets to refer to the group as QSIS (al-Qaeda separatists in Iraq and Syria).

This is not the first time that hapless terrorists have been left red-faced after their Islamic principles were shot down by religious bosses. Two terror nuts who fought with Muslim terror groups in Syria bought beginngers guides to Islam just hours before they set off for jihad.

UK Counter-Terrorism officers arrested Mohammed Nahin Ahmed and Yusuf Sarwar, both aged 21, at Heathrow Airport, after they returned to the UK on a flight from Istanbul. Police suspected the pair had planned a meticulous operation designed to wage terror on the world in the name of Islam.

However officers discovered that the men had bought just two books in the run-up to their Holy War - Koran for Dummies and Islam for Dummies. Ahmed and Sarwar pleaded guilty to terror offences last month.