Meet the Egyptian Entrepreneur at the Helm of Uber's Global Operations

You read that right. The Chief Business Officer of the leading billion-dollar startup is Egyptian. And he just came to give entrepreneurs some insider tips for success. 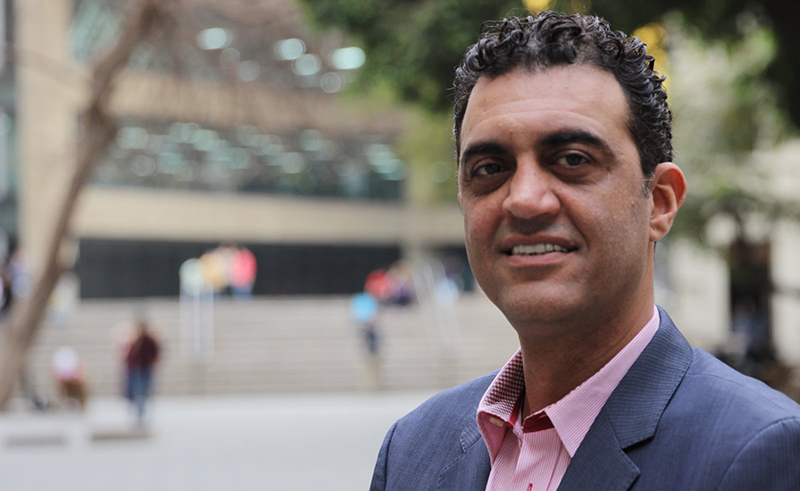 Egypt-born but San Francisco-bound, Emil Michael keeps close ties with his homeland as he serves as Chief Business Officer of one of the world’s largest startups – now valued at $70 billion, present in 450 cities, and expanding into what they aim will be the world’s largest truck marketplace.

“I came to meet entrepreneurs from Egypt who are looking to invent something new, and to offer them some knowledge about how we do it in Silicon Valley,” he says, introducing a fireside chat with RiseUp’s Co-founder Con O’Donnel at the Greek Campus, the entrepreneurial hub that witnessed and partook in the emergence and boom of some of Egypt’s most successful startups – be it Supermama, Orcas, or Nafham.

The businessman, who served as a White House Fellow to the Secretary of Defence until 2011 and is the owner of a unique, controversial style, is also a prominent investor and adviser to several tech companies, including Boku, Bureau of Trade, ChatID, Codecademy, Evolv, Flipboard, Fonality, and GroupMe, which was sold to Skype. Ahead of his talk at Cairo’s Greek Campus, Michael shared his insights on making it big in the world’s most celebrated tech valley.

As an investor who is close to Arab entrepreneurs in Silicon Valley; do you think there is a quality that is unique to Egyptian entrepreneurs?

I don’t know if there is a special characteristic that Egypt-born entrepreneurs have, but yes, when you live in places that value innovation at any point in your life - because there is no rule that says ‘you must do this and you must do that’ - you have to go and make your own way; and that makes you more entrepreneurial. In Egypt, for the past years, you had to invent new ways to make a living; new ways to get around, new ways to adapt to a society undergoing change; so that might make you a better entrepreneur.

Do you envision these startups scaling regionally or globally?

The first thing is;; Egypt is such a big country; a hundred million people live here. I think that says a lot; there is more people here in this country than the rest of the region combined, so as a step one, the region should matter; the languages are somewhat close and that’s the first way to do that. You can see other startups that have an Arabic-language basis, which can do everything around the region and ultimately there will be startups that come from Cairo that the world knows about. I think this is just the beginning.

Well, for example, I started there in Silicon Valley about 18 years ago. I started my first company there, which was a speech recognition technology: you spoke to a phone and the computer would understand what you said. Today, that technology evolved so you have an iPhone and you have Siri. That basically started in 1999 with a company that I started as a young Egyptian entrepreneur. But just like I share my story, there are stories all over the place, all across Silicon Valley there are Egyptians doing well in different startups.

As an investor with experience in the public sector, do you think that could change now, given the political climate in the USA?

I think so. I think that stable political environments allow investment dollars to come in and go to entrepreneurs with great ideas who understand that they might be able to sell their company and take it public. So the more stability there is in the region, the more startups you are going to see and the more money you see available for startups, the more engineers will want to join them. That doesn’t mean everything has to be perfect and stable, because sometimes there are disruptive companies like Uber, who disrupt in stability.

You’re recognized for your success fundraising for Uber; do you have any tips for entrepreneurs seeking investment?

Some entrepreneurs attach themselves to an outcome, we attach ourselves to a process. I tell entrepreneurs not to get attached to an outcome, like, ‘I want this much money for that price.’ Instead, get attached to a process, so that when you get that in motion, you get 20 people on a table who trust you and give you their word. Don’t get attached to one certain dollar amount or one certain valuation - which can leave people disappointed or get you more money than you need. Carry out the process, and design that process in the right way so that at the end of the day, whatever the end result is, you are comfortable with it.

Is that what helped you get Uber at the top?

Yes it did, a lot of people have said ‘Uber is worth this, Uber is worth that.’ If I got attached to either one of them, I would have been disappointed, so instead, we laid out our data, and the story may fade in the timeline in the end, but we ended up here and everyone was happy with it.

One of the main differences between startups here and in Silicon Valley is the celebration of failure. What would you tell an Egyptian or Middle Eastern entrepreneur facing failure?

It’s funny, at Uber, we sort of spend a lot of time talking about failures and what we learn from them, and why they made us stronger, and why the next time we hope not to fail again. In some ways, it’s an honour to show that you can go through hard times, you can learn from a failure and turn it to a breakthrough the next time. So I would encourage people who are trying; if you get knocked down, get right back up and be OK with that, it’s okay to fail, and say why you failed, as long you take the lessons from that.

The thing about being an entrepreneur is that you have to be resistant to failure. It makes you better the next time, but if you can't get comfortable with failure, you shouldn't be an entrepreneur. Steve Jobs was fired out of the company and went back. They all pick themselves back up. 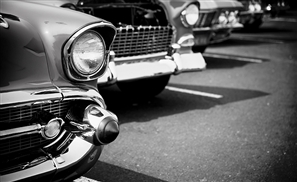 Uber At Riseup: Pitches, International Speakers, And The Coolest Swag

As Riseup kicks off, the game-changing startup is bringing their top global [...] 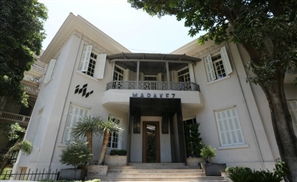 5 Groundbreaking Companies Reclaiming Historic Buildings in the Heart of Cairo

These five companies are tapping into Cairo's past, reclaiming historically unique [...]

Not even an entire year after its introduction into the Egyptian market, Uber has [...]