A new decree stipulates that mosque preachers and Imams in Egypt will have to stick to a pre-approved topic for their Friday sermons... 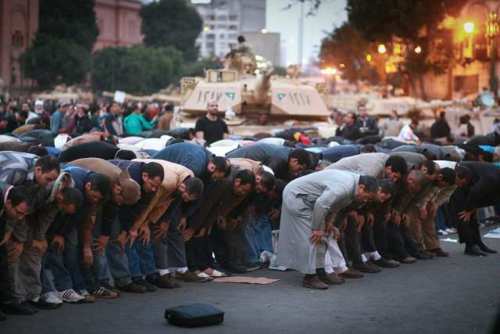 A monumental shift is taking place In Egypt, and for the first time ever the government is looking to quell the anger stoked during sermons at Friday prayers, by only allowing preachers to talk about pre-approved topics. The controversial policy was launched this past Friday, and will see the Ministry of Religious Endowments deciding what Imams and preachers can talk about in their weekly prayers attended by millions of Muslims.

The ministry will not be sending the Imams written script, however, if they deviate from the official theme then preachers can be faced with disciplinary action or even be sacked. The approved theme for this past Friday was the importance of redeveloping squatter settlement and helping the poor. The theme for the upcoming Friday, 7th February, will be focused on the role of youth in society.

This decision is a little ridiculous considering that it is almost impossible to monitor every mosque in Egypt, and with only a limited number of inspectors this decision seems like a futile attempt to control the masses. At the same time the state plans on restricting weekly sermons to clerics appointed by the authorities and who have graduated from al Azhar University. As a result, there is crackdown underway looking to shut down unlicensed Imams and prayer rooms across the country.

"Muslim Brotherhood preachers have used the pulpits to spread their political opinions and incite violence against the army and security forces," said Ahmed Abdel Mohsen, a 37-year-old lawyer. According Hisham Hanafi, a 31-year-old accountant, "The Imam is the first person they go to when they want to know what's right and wrong. One Friday sermon has an impact far bigger than media personalities and the torrent of talk shows."

It is very important to separate religion from politics as every time they mix the results is always bloody. There is a way moving forward where both can exist free of conflict, however these steps taken will not be the solution. The freedom of speech is important, and if an Imam preaches violence then he deserves a harsh punishment. However, restricting exactly what they can say will ultimately lead to further division, and with limited oversight, it is hard to see this policy working.