Remember that guy? The ex-president has sent a letter to Palestinian leaders from his prison cell, congratulating them on the recently announced ceasefire. 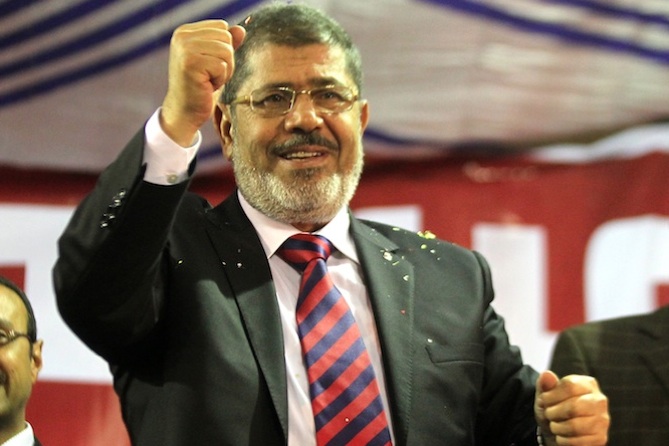 Former President Mohamed Morsi has returned from the past to send a lettter of congratulations to the people of Gaza. The disposed leader who is currently in prison awaiting an inevitable harsh sentence for murder, spying, stealing livestock and generally annoying the army sent the message after the Israel-Gaza ceasefire was announced last night.

Morsi's media advisor Abdel-Aziz said: "On behalf of Egypt's President Mohamed Morsi, his presidential team and the Egyptian people, I extend my congratulations to the political and military leaderships of the valiant Palestinian resistance, with all factions, in this brilliant victory over the Zionist enemy – the epitome of terrorism in the world."

He concluded the message addressing Palestinian factions, saying: "I ask God to bless your unity, so you can ultimately liberate Palestine."

Of course in the current climate a congratulatory message from Morsi is sort of like getting a birthday card from... Well, from Morsi. The thought is nice, but boy is it awkward and you'd really rather it didn't happen.

We're guessing that the Hamas leadership will be keep this letter firmly in the back of a a cupboard.