Amre Moussa has been appointed as the head of Egypt's constitutional drafting committee alongside Sameh Ashour, head of the Arab Nasserist Party. 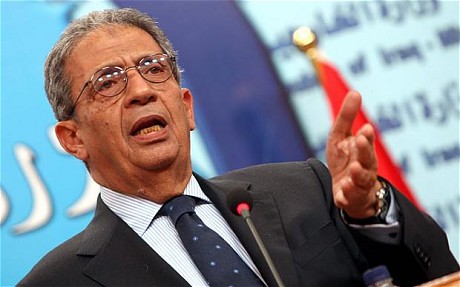 Former liberal presidential candidate Amre Moussa has just been elected as head of Egypt's constitution drafting committee. Moussa, a former foreign minister, and Sameh Ashour, chairman of the Syndicate of Lawyers and Arab Nasserist party, announced they would both stand for the post of Chairman.

The panel convened its first session today at the headquarters of Egypt's Shura council. According to President Adly Mansour, the charter is due to be approved within sixty days of the board's first session.

The work being done by the constitutional-drafting board represents the second stage in writing Egypt's new constitution which is to replace the suspended 2012 version.