The interim Interior Minister has decided to reinstate 'Mabahith Amn El Dawla', and is looking to bring Mubarak-era police force back into the fold. 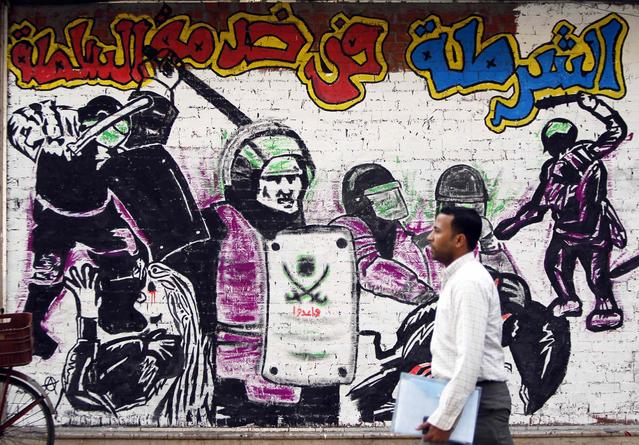 After Saturday's massacre of at least 83 Islamists, the Interior Minister Mohamed Ibrahim announced that he will be reinstating the controversial police units that were disbanded after the fall of Mubarak. He also referred to them by their old name, Mabahith Amn El Dawla, rather than their new name, the National Security Service. Ibrahim also stated that many of the experienced officers sidelined after the 2011 revolution would be brought back into the fold. This move suggests that Ibrahim is using the ousting of Morsi, and the upsurge of support for Egypt's police to return to pre-2011 practices. At the same time Egypt's interim Prime Minister was given the power to place the country under a state of emergency.

“It's a return to the Mubarak era,” said Aida Seif El-Dawl, a prominent Egyptian human right activist, adding that “these units committed the most atrocious human rights violations, including incommunicade detentions and killing outside the law. Those were the units that managed the killing of Islamists during the 1990s. It's an ugly authority that has never been brough to justice.”

One of the major causes that led to the 2011 revolution, was the hatred for the police and the lack of accountability. However the fall of Morsi has helped their image with the public and it seems like they are ceasing the opportunity.

All the recent actions taken has only divided the country further. As a result a new protest movement is assembling and are called the Third Square. This is a movement that's gaining momentum that is against both the Brotherhood and the Military. They believe that the Brotherhood model took us away from the revolution's goals, while, at the same time, Egyptians have already lived under 60 years of military rule. To sum it up, Mohamed Sobhi, a protestor with the Third Square: “They are two sides of the same coin.”