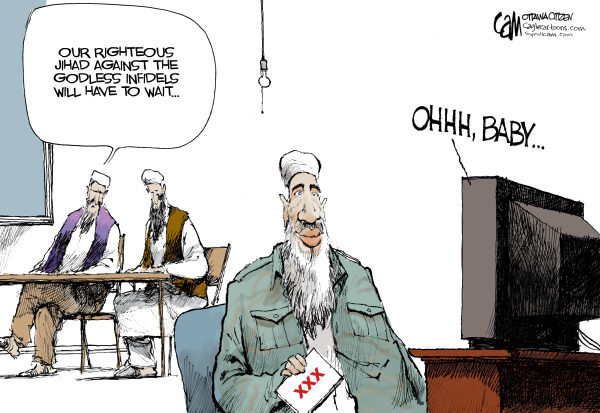 The idea behind this move is apparently to be able to build examples of 'personal vulnerabilities' that can later be used against suspects of terrorism or radicalisation as blackmail. Among the vulnerabilities are "viewing sexually explicit material online" and "using sexually explicit persuasive language when communicating with inexperienced young girls," according to the NSA document, dated October 3, 2012.

None of the six individuals targeted are involved in terror plots, and the agency believes that they reside outside of the United States, only naming one as a “US person.” This means he is either a US citizen or a permanent resident, which entitles him to greater legal protections against NSA surveillance than foreigners are, the report noted.

The Huffington Post released an appendix that was attached to the document which lists the argument each surveillance target has made that the NSA says constitutes as radicalism. As well "personal vulnerabilities," the agency believes this information would leave the targets "open to credibility challenges" if exposed.

One target's offending argument is that "Non-Muslims are a threat to Islam," and a vulnerability listed against him is "online promiscuity." Another target, a foreign citizen the NSA describes as a "respected academic," holds the offending view that "offensive Jihad is justified," and his vulnerabilities are listed as "online promiscuity" and "publishes articles without checking facts."

Is it really a surprise that the NSA is truly the long feared Big Brother? If they are spying on the leaders of the free world and monitoring their phone calls and emails, then chances are they know what you like to spank yourself to. The only question is when is the world going to do something about it?