Neither Freedom Nor Justice

Egypt's legal dilemma might just be straw that breaks the camel's back, as Adam Mowafi explains... 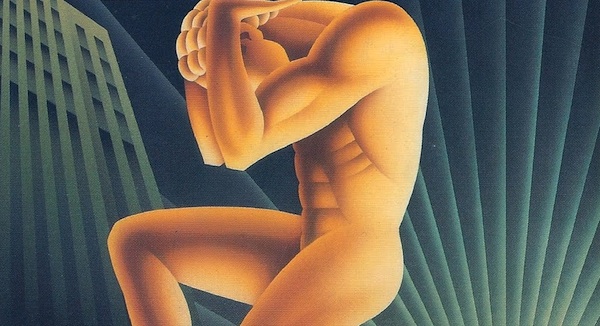 "Litigants obey the verdict of a tribunal solely on the premise that there is an objective rule of conduct, which they both accept. Now I saw that one man was bound by it, but the other was not, one was to obey a rule, the other was to assert an arbitrary wish - his need - and the law was to stand on the side of the wish. Justice was to consist of upholding the unjustifiable." – Ayn Rand, Atlas Shrugged.

The above passage sums up the critical and dire situation Egypt finds itself in today and it all stems back to one decision: Morsi’s self-proclaimed immunity during the constitutional crisis. If one man stands above reproach in a time when the country, and in fact the world, is waiting for the revolution to serve its purpose in making all men equal and accountable, and that man is the president, then the concept of justice becomes completely void. Society is built on that moral foundation and once it’s cracked, everything inevitably falls to pieces, which is exactly what's happening now. During Mubarak’s reign, people had given up hope. There was the elite, who were above the law, and everyone else. With the revolution, hope was restored but with Morsi following in the footsteps of the old regime, things are about to get really ugly. Hope for him is a very dangerous thing because with it comes expectation.

As it stands, the judges are trying to fight for their very existence using the one weapon they have not used for the last 30 years: justice. It always comes back to justice but such a noble and necessary concept is proving quite the predicament for all parties involved.

Let’s begin with the Public Prosecutor. Talaat Ibrahim Abdallah was illegally appointed, handpicked by Morsi rather than by Egypt’s longstanding judiciary. This makes each and every decision he makes illegal. It also makes each and every decision he makes suspect and politically swayed. As such, the Administrative Court has ruled that his appointment was and remains illegal. Simple, right? Wrong. The problem now is that Abdallah refuses to leave his post. And if that wasn’t enough, this means he also refuses to obey the law he is supposed to be enforcing. So even if this illegal power applies consequently illegal decisions that would otherwise be legal (if only it wasn’t him applying them), not only would it be doubly illegal, but no one would technically be obliged to abide, even if it’s in the interest of each and every person in Egypt.

The above scenario has now been repeated with our dear Prime Minister. Hisham Kandil has been found guilty of disregarding a court order mandating him to reverse the sale of a local company to a Saudi businessman. Naturally, Kandil has so far disregarded his one year prison sentence. And why wouldn’t he? Not only do Muslim Brotherhood cronies show contempt for the law, but if this case is escalated it will cross paths with the Public Prosecutor who is illegal, does not abide by the law and, consequently, cannot truly apply it. Once again, the question is: where is justice if the lawmakers and enforcers are both above the law AND illegal? How can the people of Egypt be expected to abide by the law if their leaders aren’t?

One Egyptian person in particular, however, might just benefit from this Catch 22. The legal dilemma spurring from the ruling party’s blatant flouting of the law, just like their predecessors, might , ironically, play right into the hands of Mr. Mubarak himself. The possibility of the ex-president’s freedom is a real one and the reasoning is simple: after the violence and deaths outside the Presidential Palace earlier this year, if Mubarak is found to be guilty of failing to protect protestors in 2011, Morsi would be guilty of the exact same crimes. The judges are put in an even worse predicament because they can only proceed with charging Mubarak if real evidence is found and presented, which is the jurisdiction of the Ministry of the Interior and the Police force. These are both controlled by Morsi who can’t incriminate Mubarak without incriminating himself. Sweeping Mubarak’s atrocities under the rug is the only way he can hide his too.

What does this all mean for Egypt? Well, firstly that the Muslim Brotherhood, despite causing the mess, will likely try to blame the judges for Mubarak’s verdict and use it as an excuse to infiltrate the independence of the judiciary further. If this were to happen, we will witness the completion of a legalised dictatorship. The long term implications are, however, much worse. Though Morsi and the Muslim Brotherhood make the assumption that the ballot box gives them legitimacy, it won’t be long before the majority cottons on to the fact that the social contract between the government and the governed that makes up any functioning society needs much more than that. When the citizens of Egypt start feeling that the essential foundation of justice has been pulled from under their feet, they’ll start taking the law into their own hands.