No Justice For Syrians in Cairo

With no end in sight for Syria's crisis, thousands of refugees are finding even worse problems after fleeing to Egypt. This is the story of a 7-year old Syrian boy that was raped by a group of Egyptian neighbours... 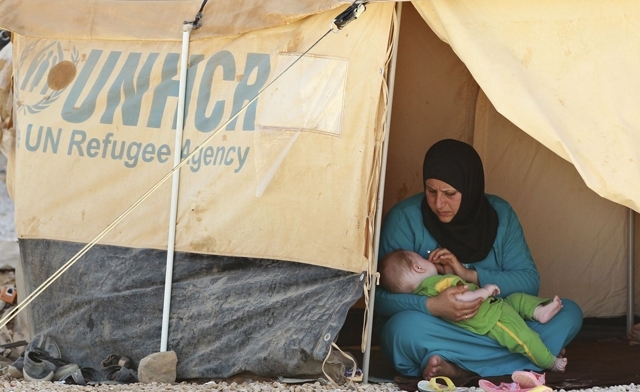 There is no question that Egyptians are struggling. Jobs are hard to come by, the economy has a long road to recovery, and political stability is always in question. Despite these problems, Egyptians have it easy compared to the struggles of Syrian refugees who are trying to rebuild a life here. Often ignored or forgotten, Syrians deal with all the problems Egyptians do, but with further hardships and harassment, being treated like inferior humans. The only organisation doing what they can to help Syrians is the UNHCR (United Nations High Commissioner for Refugees), but they can only offer the bare minimum assistance or protection leaving many very vulnerable.

One tragic example highlighting the dangers Syrians face is the story of 7-year old Omar. Omar and his family fled to Cairo, after his father was detained by the Assad government, and eventually released rejoining his family in Cairo. Situated in a poor area of Cairo, Omar and his family are one of the 135,000 Syrian refugees officially registered in Egypt with the UNHCR, receiving just $80 a month in financial support. "There are no refugee camps in Egypt. But if you investigate people's lives deeper, you [see the poverty]," says Mohammed, an official with UNHCR in Cairo who works in psycho-social services. "The biggest problem Syrians face here is the lack of job opportunities. They keep saying, 'Even the Egyptians are out of work.'"

Omar's story was already tragic before it took a turn for the worse when the young boy was lured by a group of Egyptian boys into a basement who then took turns raping him. After the incident Omar returned home to tell his mother, who in turn pressed charges against the assailants in an Egyptian court for justice, and appealed to the UNHCR for asylum from their Damascus and now Cairo nightmare.

The family took three Egyptian children responsible and their families to an Egyptian court. They demanded that the children be put into a penitentiary for minors, as well as financial reparation for the psychological damage to Omar, which will require a lot of therapy to overcome. The court seemed sympathetic to their plight, but on the eve of winning the case, the family was threatened by the assailants' parents, who warned that they would kill Omar and his family if they didn't drop the charges. Fearing for their lives or deportation the family accepted $10,000 US for reparations and dropped the charges. However, after the charges were dropped and the kids were released, the family refused payment leaving Omar's family to seek both justice and assistance, turning to UNHCR for help.

The first action that the UNHCR took was to relocate the family to another house house, and appointed Omar a psychological supervisor. “I had long sessions with Omar. I tried not to mention what happened directly. He was suffering from a huge psychological trauma. His mother told me he once came home with a pair of scissors, wanting to cut his penis off. His mother saw him and stopped him. When that happened, she felt the situation is too dangerous,” explains Mohamed.

As for justice, the UNHCR is powerless against Egyptian courts, and although they won't be able to put the kids behind bars, they are in the process of negotiating a move for the family that will have them relocated to Germany. Omar's case is particular tragic, but is just one of many injustices faced by Syrian's here.

If you would like to read the whole transcript of the interview with Omar's case worker, then check out the full piece at Syria Deeply. 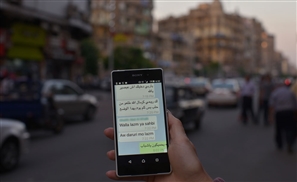 Syrians Around the World: Inside the WhatsApp Group of a Migrant

Between the memes, the engagement videos, deaths, and calls for help, Valentina [...] 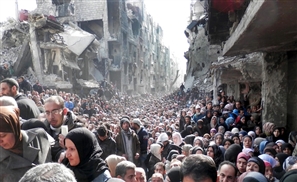 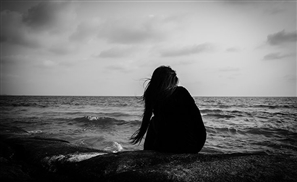 “Either You Reach Europe or You Die": One Woman's Journey Inside a Refugee Boat 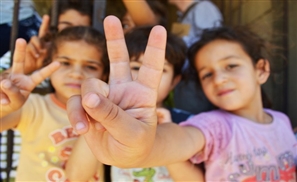 A total of three shipments will be dispatched this week, including 1.2 tons of [...]
Week Month Year