After a video showing horrifying abuse of young children at a Giza orphanage went viral, it has been reported that the man responsible has been arrested and the victims transferred. 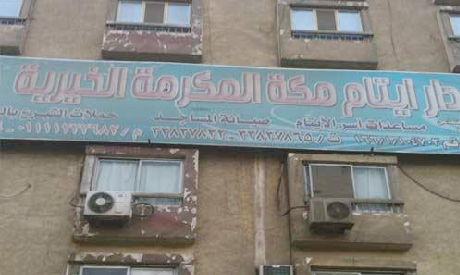 Egyptian authorities raided an orphanage in the Haram neighborhood in Giza after an investigation into a video that exploded online, showing children being physically abused by a man who was later discovered to be the director of the Makka El-Mokrama orphanage.

The two-minute video, which was shot discreetly judging by the awkward angle, sparked online fury after it was posted. It shows the man hitting a group of boys and girls who appear to be no older than four or five-years-old, at the orphanage with a stick and kicking them as an apparent punishment for disobeying his rules. The video immediately went viral on social media with a huge public outcry and a demand for legal action against the aggressor.

A few hours after the video was posted, Ghada Wali, Social Solidarity Minister issued a decision to investigate the case and move the children present. A police force entered the orphanage, arrested the man in the video, transferred the children and Giza Governor Ali Abdul Rahmad ordered that the organisation’s board of directors be dissolved and replaced them with a temporary committee.

The video’s maker later came forward, identifying herself as Elham Eid Awad, both the owner of the orphanage and the wife of the man beating the children. In a statement to Al-Ahram, she said "He used to beat the children and that's why I filmed him and uploaded it online: in order to expose him," adding also that she had filmed it several months beforehand.

Apparently, this is not the first time this particular orphanage has received complaints; Wali said her ministry had reported the orphanage for financial violations and in 2011 media reports show more complaints regarding abuse and corruption by the orphanage's owners.