23 defendants are being held for two months pending their next trial session for violating the protest law, sparking outrage on social media and among various civil society organizations. 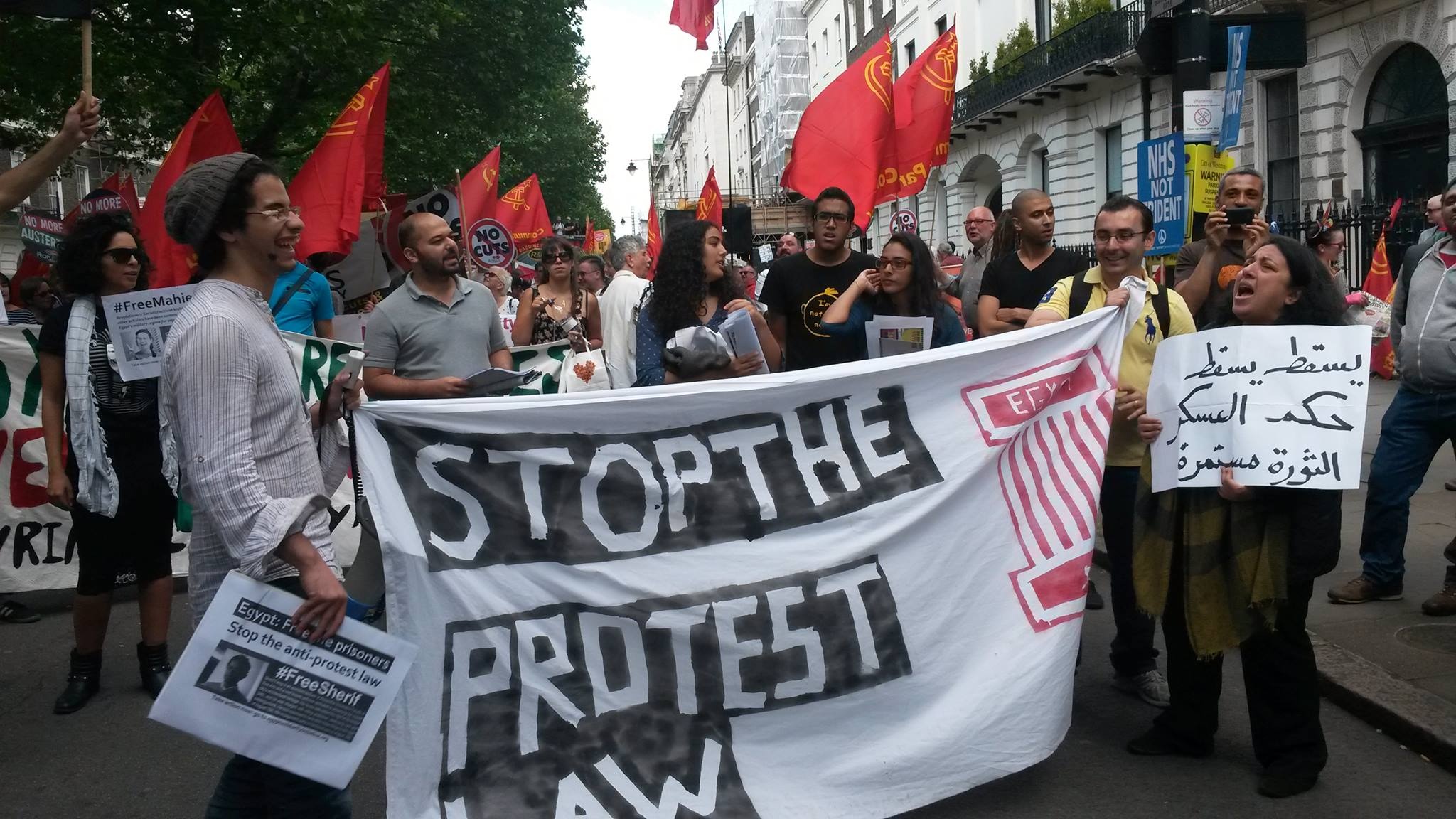 Prominent activists Yara Sallam and 22 other activists appeared before the court on breaching the controversial protest law, and other accusations, including damaging property and displaying force.

However, the protest was dispersed after groups of people threw rocks and glass bottles at the demonstrators. A Heliopolis court yesterday ruled that the defendants, including Sanaa Seif, sister of jailed blogger Alaa Abdel-Fattah, would spend the blistering summer behind bars, as they were refused bail until the trial resumes on September 13.

The activists were denied the right to attend the hearing - and news of their fate was allegedly delivered by prison guards. The news sparked outrage among camapaigners and human rights groups.

In the hours following the controversial ruling, activists took to social network to express their horror at the harsh judgement.

One Twitter user said: "No courage, no procedure, no integrity. A cowardly, petty, vindictive regime. Everyone will stay in prison over summer. #noprotestlaw"

Meanwhile another Tweeted:"This judge just sentenced 20 young men and 3 young ladies to five years and a 50,000 LE fine for violating the protest law today… Every day, with one strike they take a chunk out of the youth's lives."

A statement released by the Egyptian Initiative for Personal Rights also condemned the move. It read: "The seven women, child, and 15 men in the cage were either targeted for exercising their right to freedom of expression and assembly or simply were unlucky bystanders picked-up randomly in the vicinity of a dispersed protest.

"The EIPR is deeply concerned that the defendants may be facing trumped-up charges of damaging property in the absence of any credible evidence and with inconsistencies in the police reports."