#ParisAttacks: What We Know and What We Don’t

In the wake of yesterday night's tragic events in Paris, where seven points across the French capital were nearly simultaneously attacked, we take a look at we know so far regarding the situation, and what still awaits to be seen. 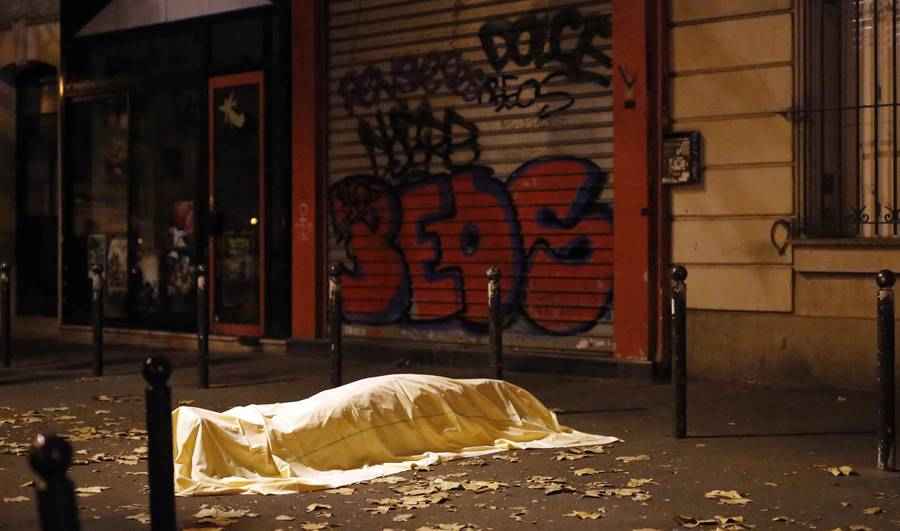 The world woke up to horrifying news this morning, as 127 people were killed in Paris in nearly-simultaneous attacks across the city. The attacks hit across seven different points in the heart of the French capital, including bars, restaurants, a concert hall – all popular nightlife spots in the capital’s 10th arrondissement - and a high-profile football match. In the midst of a puzzled stream of information, we broke down a list of facts we know, and those which are yet to be deciphered.

The victims: The series of shootings, bomb blasts and a hostage siege left at least 127 people killed and some 300 wounded, according to BBC’s latest update. Eighty of them are in critical condition. Most deaths appear to have occurred at the Bataclan concert venue.

The locations: Six places were targeted, almost simultaneously. One of the first attacks took place at Le Carillon bar in the rue Alibert, where a gunman opened fire at 9 pm, before heading across the road to Le Petit Cambodge restaurant, and killing at least 12.

A few streets away, the terrace of La Casa Nostra pizzeria in rue de la Fontaine au Roi, was targeted by a gunman, where five diners were shot.

Approximately at the same time, three explosions were heard outside the the Stade de France, on the northern outskirts of Paris, where 80,000 people – including France’s president Francois Hollande - had gathered to watch a match France versus Germany. It later was known that three suicide bombers had blown themselves up at fast food outlets and a brasserie near the stadium.

The Bataclan Concert Hall, where US rock group Eagles of Death Metal were playing live, was attacked next, leaving at least 80 people dead. The 1,500-seat Bataclan hall was sold out. The gunmen took 20 hostages, and within an hour, security forces stormed the concert hall and all four attackers there were dead.

The next reports of shootings came at La Belle Equipe bar in the 11th district, to the south of the first restaurant attacks. Two men opened fire and sprayed bullets at the terrace of the café, leaving at least 19 dead in the gun attack.

The perpetrators: According to French Police, all eight attackers died, the BBC reported. On Saturday, ISIS claimed responsibility for the catastrophic attacks, calling them “the first of the storm,” the New York Times reported, quoting statements released in multiple languages on one of the terror group’s encrypted messaging accounts.

The remarks came in a communiqué published in Arabic, English and French on the Islamic State’s Telegram account and then distributed via their supporters on Twitter. In the message, ISIS also reportedly mocked France, labelled as a “capital of prostitution and obscenity.”

More than solidarity on social media: Moments after the news broke, Facebook rolled out its Safety Check feature for Parisians to reassure friends and family that they are safe. The system, first used earlier this year during the Nepal earthquake, targets users it knows to be in or around the affected area and asks them to "check in". Now it seems to be rolling out their filter feature for people to express solidarity with the victims. On Twitter, the #porteouverte hashtag was being used to offer places to stay for people affected by the tragedy.

France’s response: So far, French authorities have raised the security threat level to its highest point and imposed a nationwide state of emergency. The Tour Eiffel was closed indefinitely, and borders were closed.

What We Don’t Know

The motive: Several media outlets reported that witnesses indicated that at least one of the attackers mentioned Syria during the course of the attack, making reference to France’s intervention in the Arab country. One of the victims at the Bataclan concert hall said and he heard one of attackers telling hostages: "It's the fault of Hollande, it's the fault of your president, he should not have intervened in Syria." However, the statement released by ISIS only indicates that France and “those who walk in its path” will remain on the “top of the list of targets of the Islamic State.”

France’s policy shift: It is yet not certain whether France’s foreign policy in Syria will shift following the attacks. According to French analyst Remi Piet, the attacks will not have an impact in France’s position in regards to Syria. “The position has always been that the first thing that should happen is for President Assad to step down. I don't think anything will change. The first thing you have to do when you're facing terrorist actions is to show this will have absolutely no impact on your policies,” Piet told Al Jazeera.

Charlie Hebdo connection: It is yet not clear whether the attacks are connected to the Charlie Hebdo massacre that took place in January 2015, when two men claiming allegiance to al-Qaeda killed 12 workers at the headquarters of the magazine Charlie Hebdo. The attack had been followed shortly by an assault on a Kosher supermarket, which left five dead, including the attacker.

The attackers’ nationalities: According to French media, security sources have reportedly found a Syrian passport on one of the attackers’ dead body. The origin of the seven other terrorists, however, is yet unknown.

The number of terrorists: According to the BBC, there were eight attackers involved, although the search for potential accomplices continues, as they assume there are more actors involved in the coordination of the massacres.