Peace talks between Israel and Palestine are often met with skepticism. And who can blame the skeptics? This time round, however, Eihab Boraie has some hope for the discussions currently being held in D.C. 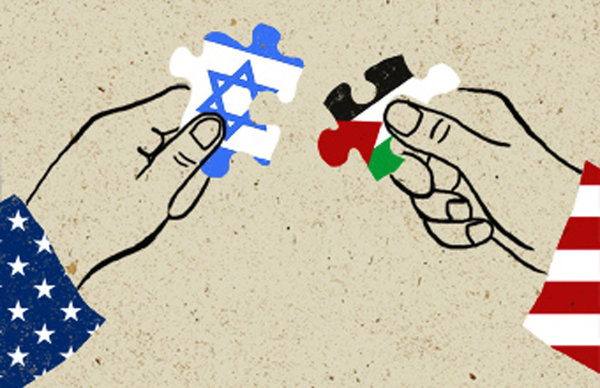 I have been living on this planet for 30 years. I like to dream alot. I like to dream that sometime in my lifetime their will actually be a Palestine left for me to visit. I remember the moment I realised that the world was a pretty shitty place, sitting with my grandfather, an ex-army general, having him explain to me the numerous atrocities conducted by Israeli forces. It didn't make any sense to me: how could a people who had to deal with Hitler and his extermination plans, in turn do the same sort of thing to Palestinians. Sure, they haven't placed Palestinians in gas ovens, but they have essentially kept them in cages and rained fire upon on them several times. The goals of eradicating a culture and it's people is all the same the methods are just different. I have never had a problem with the Jewish religion. The problem I have is with Zionists. They believe they have a legitimate claim to take the land of Palestine and turn it into an exclusively Jewish homeland.

So why am I talking about an issue that never seems to make any progress? Well, perhaps because for the first time, I see a flickering light gracing the corner of what I began believing was a permanently dark room. Israel has, for the past decade, done it's best to alienate themselves from the rest of the world by excessively using force and stealing just about any fertile land they could find. It seemed that they could do what they want and never deal with any reprecussions. The reason they could get away with their actions is because they used to 'own' America, or at least it's veto priviledges in the UN. I am not sure if we will ever know why this is, but what I do know is that in 1967 off the coast of Arish in Egypt, Israel tried to sink an American ship, the USS Liberty, in hopes of dragging them into war with Egypt. Of course it didn't work and Israel said it was an accident, but the crew that survived said it was no mistake. If this action was taken by any other country, then you have to believe that America would have been salivating at the chance to get its war machine up and going against them.

Well times are changing. Europe is no longer afraid of America. The European Union has moved to cut off all Israeli entities that operate in the disputed areas of the West Bank and East Jerusalem. The measure is an attempt to keep the Jewish state within its pre-1967 borders, and the decision is set to affect more than half a million Israeli settlers. This is not a new position for Europe, but is finally being enforced and it's costing Israel hundreds of millions of Euros.

At the same time their influence over America is starting to dwindle; otherwise America would be at war with Iran. I don't think that they thought Obama would keep power as long as he did, and probably were hoping to wait his term out and make a deal when Republicans are back in power. That, however, seems unrealistic, as the Republican party is in shambles, and the likelyhood that they will be able to beat Hillary Clinton's bid for the presidency is far off. Nevertheless, with the help of John Kerry, Secretary of State, Israel and Palestine are actually back to peace talks. The first good sign was the announcement that Israel will be releasing a 104 prisoners back to Palestine.

The meeting between the two sides is taking place today and tomorrow in the U.S. The details of the proposed deal have not been announced but ahead of the meeting, Israel has passed a bill stating that any peace deal would have to be put to a referendum in parliament. That might sound like bad news but I see it as a positive sign that they actually thinking a proposed deal is possible but needs a consensus. Of course, at this point of my life, I know that any peace deal should be met with skepticism, as they have been close before.

At the end of the day, I would rather they be at in a board room talking, than in a war room plotting. I cannot continuously keep living believing there isn't a solution. I will not accept it, and will someday find myself putting words into action if this issue continues. I strongly believe everyone has the right to freedom, peace, and human dignity, all which don't currently exist in Palestine. So I will be optimistic about this, as in the back of my mind I know that Obama needs to prove he deserved his Noble Peace Prize, and if a deal isn't struck, then I guess I will find myself on the next flotilla. 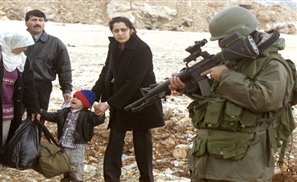 As CCTV footage of two Palestinian teens killed by Israeli soldiers shows that they [...] 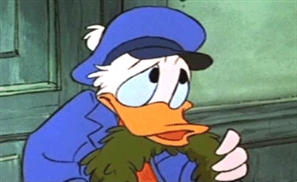 The voice of Disney's Donald Duck in the Middle East has been axed after an old [...] 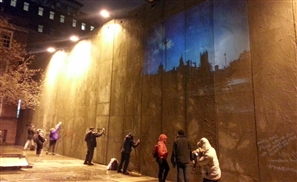 In a controversial stunt, St. James' Church in central London erects a replica of [...] 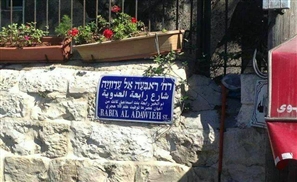 Anam Sufi lambasts Israel and Western states for praising what can only be called [...]
Week Month Year