The floodgates open as Egypt’s police begin cracking down on those allegedly responsible for leaking the Thanaweya Amma high school exams. 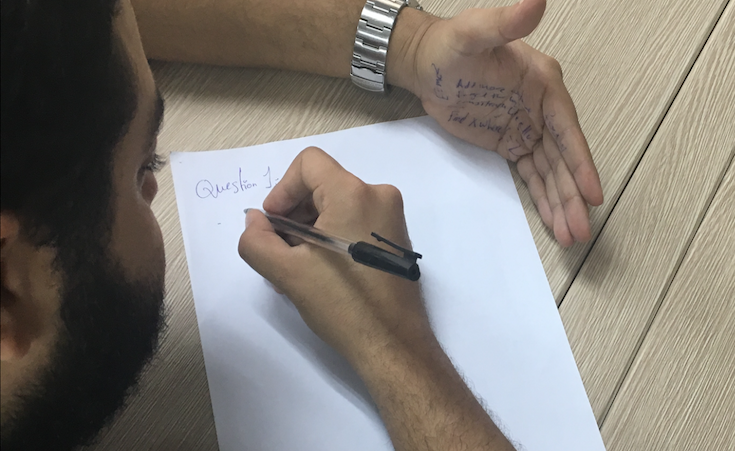 According to Al Ahram, the Egyptian police have spearheaded a series of arrests this week, including that of the alleged administrator of a Facebook page which published the leaked Thanaweya Amma exams on Sunday, in an effort to put a plug in the leaks. In a reported statement by the Ministry of Interior, the individual in question - an 18-year-old student - moderated three additional Facebook pages with the largest of these pages garnering over 750,000 followers and operating since 2012.

On Tuesday, the police arrested the administrators of three other pages, following news that the English language portion of the exam had leaked a mere ten minutes into the exam. These actions follow the arrest of a 19-year-old student in Giza, and the detention of 12 officials from the Ministry of Education’s printing houses.

The Prime Minister released a statement saying that, “The strictest punishment will be imposed on any individual involved in the leaking of examination [material], both those within and outside the education system,” which coincides with a warning from the Ministry of Education that any individual involved in the cheating scandals could receive fines of up to 50,000 EGP.

Over 500,000 students are expected to take the Thanaweya Amma this year.