We pay a visit to the lab of one of Egypt's most unique startups, one that is on the cusp of triggering a biotech revolution in the Middle East. 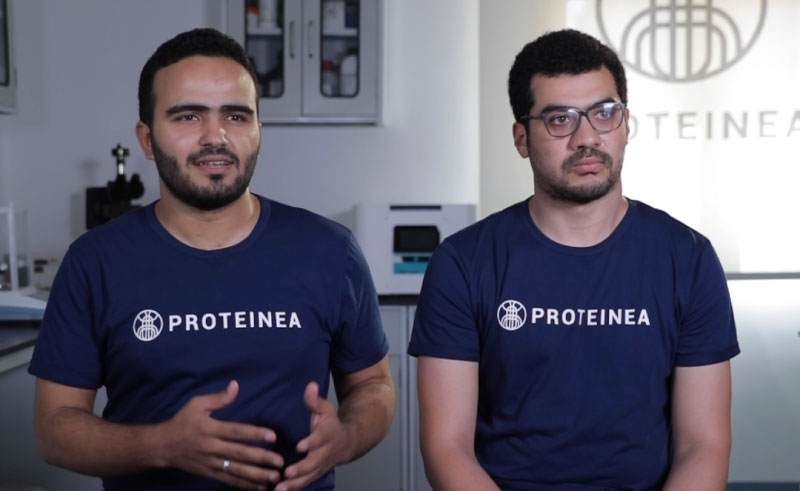 Located in the basement floor of a largely residential building in Mokattam, Cairo, Proteinea occupies a unique space in Egypt’s ecosystem. As one of the few startups operating in the biotechnology space, the work of co-founders, Abdulaziz El Gammal and Mahmoud El Jendy, has caught the eye of of the global biotech ecosystem, including Silicon Valley-based biotech development programme, IndieBio, and they’ve been able to establish presence in France, Abu Dhabi and the US.

But what is it that they do exactly? It’s a question El Gammal and El Jendy have often faced from everyone from friends to investors. In short, Proeteinea harnesses biology and microorganisms to solve specific, targeted issues - be they agricultural, pharmaceutical or related to food. They do so with a signature multidisciplinary technology that they have developed and patented, technology that has won acclaim from all corners and that positions the startup as a potential leader of an underdeveloped local viotech ecosystem - a trailblazer whose ambitions go far beyond reactively solving issues, and to innovating biotech as we know today in a way that could revolutionise pharma-production, as we found out when we paid a visit to the Proteinea lab.