The tragedy of Trayvon Martin's murder in Florida and the consequent 'not guilty' verdict handed to his shooter has Eihab Boraie thinking about the intolerance rife here in Egypt. 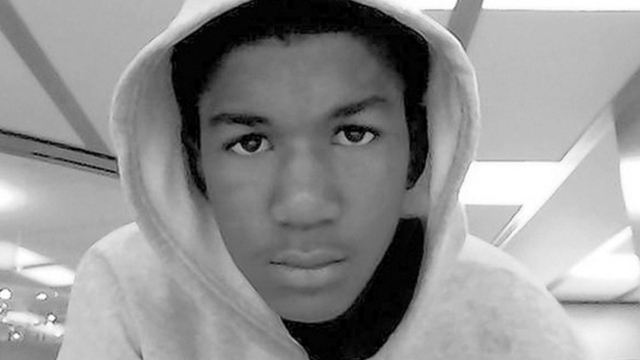 The case of racism in America just got stronger with one simple verdict in the Zimmerman trial: Not Guilty. So why is everyone flooding the streets in America in protest? For those who don't know anything about the trial, here is a quick review:

George Zimmerman, a 29 year old fat-body acting as a neighbourhood watch guard, was patrolling the street when he sees an African-American, skinny teen wearing a hoodie, carrying an ice tea and a pack of Skittles. Feeling threatened, Zimmerman calls the police to report the sighting of Trayvon Martin. The police advise him to stop following him, he refuses, and begins chasing the 17 year-old. The teen, rightfully fearing for his life, begins frantically knocking on a strangers door for shelter. The person inside the home is frightened by the commotion and calls the police. While on the phone you can hear the teen pleading for his life, before he is shot down by Zimmerman, who claims he was defending himself.

The aftermath of the incident showed America's true colours as many claimed that it was the hoodies’ fault that he was shot. This sparked many protests where everyone wore hoodies, before the trial even began, and it was believed that this wouldn't have happened had the boy been white. Seems like a clear-cut case of manslaughter, if not second degree murder. But somehow the verdict came out as not guilty. The verdict got people really mad, and as I write this, many are protesting in the streets all over America, including Times Square. The anger is so widespread that the Supreme Court immediately said it would review the trial proceedings to find out just what happened.

Effectively, what this trial has done is remind Americans that despite the fact that they have an African-American president, racism still exists. I want to write more about the racism that exist there, but the truth of the matter is that I truly believe Egyptians are even more racist than Americans, and that we have no right to judge the events taking place there until we examine ourselves first.

I remember about seven years ago, an incident that happened to me that I could never forget. It was Ramadan and on my street I noticed a Sudani refugee on my street begging for money. He looked very ill and as he walked around there were children making fun of him and telling people not to give him money. Disgusted by the sight, I offered the man some money and told him he would probably be less harassed if he crossed the street, as the children had to remain near their apartment. What I didn't know was that he was really too ill to be crossing the street, and as he attempted to he was struck by a car. I couldn't believe what I had just seen, and was absolutely mortified when the cars decided to just drive around him as opposed to stopping and checking to see if he was OK. They treated him like he was a hole in the road that they would have to swerve around. People weren't even slowing down. When I found my chance, I ran out into the street and picked up the man over my shoulder. His leg was broken in at least three places and dangled in a bloody mess. I got to the other side of the street and called an ambulance and waited for them to take him away, during which not one person seemed to care.

I couldn't help but feel that if this was an Egyptian, a massive mob would have surrounded him looking to get involved in some form of drama. It was in that moment that I realised just how racist we are here. This is but one example. I have Aunt who uses the N-word anytime she needs to describe someone of dark skin. Even in New York, in the middle of a restaurant, taking a bite of some African-American dish, that was so good, she wanted everyone to know she loves the N-word. I had to leave the restaurant and pretend I didn't know her. I just didn't want people to think that I thought what she is saying is acceptable. It was in that moment that I realised people are so racist they don't even know they are being offensive anymore. It doesn't end with just African-Americans, Egyptians seem to love making fun Indians as well.

For this reason I find it hard to write about the Trayvon Martin case because, although I feel sick to my stomach thinking that Zimmerman can get away with murder, I know that, deep inside, it pales in comparison to the amount of intolerance killings that occur here in Egypt. Just before everyone gets mad at me for saying this, I will stress that not all Egyptian are intolerant, but that the majority is, and the sooner we admit it, the sooner we can start building a country to be proud of. A place where everyone can be safe to believe whatever they want without feeling like their lives are at risk.