Refugees To Participate In Rio Olympics As Exclusive Team

A team comprised entirely of refuges has been given the 'go ahead' to participate in the 2016 Summer Olympics in Rio. 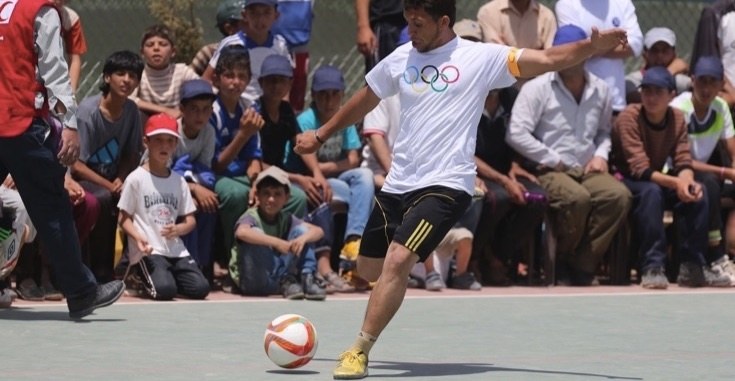 As summer approaches, the International Olympic Committee (IOC) announces that it will be creating a team made up of refugees from around the world. According to CNN, more than 10 sportsmen and sportswomen making up the exclusive Team of Refugee Olympic Athletes (ROA) will be competing in Rio de Janeiro this summer. The IOC has not specified an exact number of team participants, and elaborates that it has no specific target number in mind since the arrangement depends on qualifications of potential participants. However, the team is expected to be made of five to 10 sportsmen and women.

Syrian refugees will be among the selected players of this team. Yusra Mardini, a 17-year-old who had fled Syria on an inflatable boat and was then forced to swim to shore after the boat sank, will be among the participants.

Thomas Bach, President of the IOC, stated that "by welcoming ROA to the Olympic games in Rio, we want to send a message of hope to all the refugees of the world. This team will be treated like all the other teams."

Raheleh Asemani, an Iranian refugee currently living in Belgium, is a potential candidate who might attain the qualification through the European tournament held in January. From the Democratic Republic of Congo is Yolande Mabika, who fled war and sought asylum in Brazil. She hopes to play under the Olympic flag and states that "I cannot fight for my country. I will fight for the Olympics, I will fight for the refugees of the world. Judo is my life. It helped me escape war, to take another path." Mabika also hopes to participate in the Olympic games as this might guide her family to her, since she cannot find them and has not had contact with them in three years.