Salafis Stay Out of The Race

The Salafis are claiming they won't be entering a candidate in the upcoming presidential elections. Deja-heard anyone? 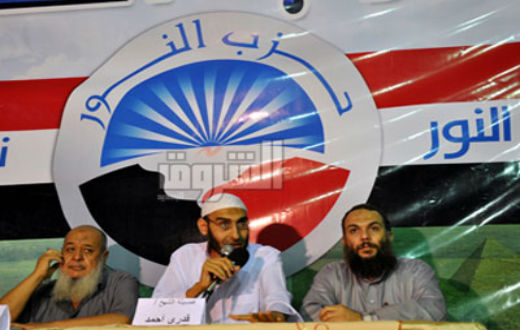 In a case of deja-heard, the Salafi Da'wa and its Nour Party will not be entering a candidate in the upcoming presidential elections. According to Salafi Da'wa Vice President, Yasser Borhamy, the state does not need an Islamic candidate in the coming period, and will not be backing former presidential candidates Mohamed Selim al-Awa and Abdel Moneim Abouel Fotouh. "The Nour Party will back a strong figure who can lead the country to stability," he said. "The candidate we are going to back should not be hostile toward political parties that have a religious background," he pointed out.

Considering how well it worked out for the Brotherhood, is it really a surprise that the Nour Party isn't looking to lead. If they did run a candidate one could assume that it would lead to a dissolution of the Nour party, just like the Brotherhood.

Egypt is pretty sick of trying to figure who or what legitimacy is, so hopefully the Nour party will stick to their word. However, chances that this will be the case is unlikely as anyone with a memory that lasts longer than a year, will remember the Muslim Brotherhood saying the same thing leading up to the last