Egypt's top business giant Nassif Sawires is continuing to bank on his legacy by setting up his latest investment fund, Nile Holding Investment. 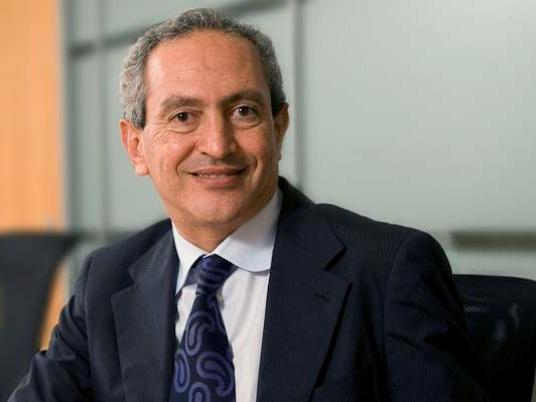 Despite being Egypt wealthiest man, Nassef Sawiris is showing no signs of quitting while he's ahead. On wednesday the tycoon announced the creation of the Nile Holding Investment (NHI), that will be aimed at investing in Egypt's growth.

Sawiris states in a press release that the Cairo-based investment company has already placed LE 400 million in the healthcare sector, without providing specific details. Also unveiled is news that the NHI initiative will contribute up to 25% in Duet-CIC, a $300 million capital strategic alliance between London-based global alternative asset manager, Duet Group and Cairo based investment CI-Capital.

According to Sawiris' press release, he states that "I am confident that Egypt is positioned to achieve exceptional economic growth in the years to come, attracting direct investments in key sectors which continue to offer substantial investment opportunities." Sawiris added, "I believe the partnership formed between Duet Group and CI-Capital will leverage these excellent growth prospects on the backdrop of a rejuvenated investment environment under stable leadership."

The Sawiris family as whole has been quite busy fulfilling their promise of an unprecedented investment in Egypt after the removal of Morsi, who accused Orascom Construction Industries of evading LE 14 billion ($2 billion) in taxes. In March the company was exonerated of any wrongdoing, and Sawiris has made it very clear that Duet-CIC will not conflict with the activities of conglomerate Orascom group.