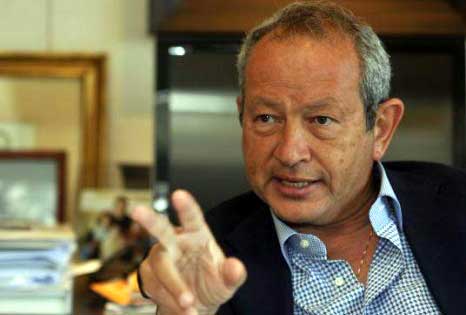 Despite being one of Egypt's richest and most influential men, Naguib Sawiris's continued calls to free imprisoned Al-Jazeera English journalist Mohamed Fahmy have nonetheless gone unheard. Looking to keep the unjust detention in the news cycle, Sawiris has taken to YouTube to once again call for Fahmy's release yesterday.

The video, which appeared online yesterday, runs for just over two and a half minutes, and shows Sawiris, casually clothed, reiterating the fact that Mohamed Fahmy is not guilty. Making the case for his release, Sawiris highlights the fact that he is a young man, about to get married, who has been fighting corruption and calling for justice for years.

Sawiris continues to defend Fahmy, claiming that he would regularly go to Tahrir Square and Mohamed Mahmoud Street, but that he is in no way involved with the Muslim Brotherhood. Clarifying further, Sawiris points out there is a clear difference in coverage between Al-Jazeera English and Al-Jazeera Misr, the latter of which he accuses of recklessly turning their viewers against Egypt.