In the name of investigative journalism, we’ve uncovered some secret documents detailing President Morsi’s plan for 2013*. Here’s what’s in store for us... 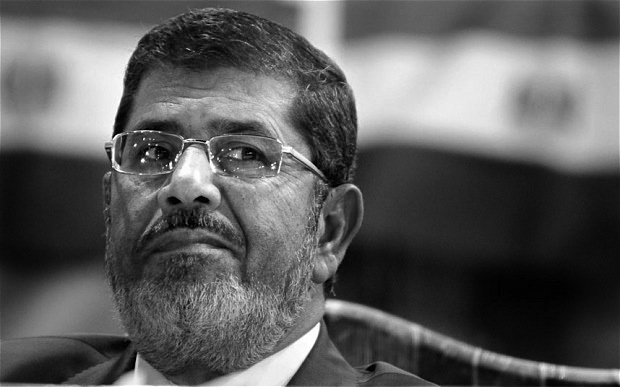 Referendum results will be announced, with ‘Yes’ winning 68% of ballots cast. Even though this wouldn’t be enough to pass a constitution in any other country, Morsi will pass it anyway.

Mass fraud will be reported and actual results will show that ‘No’ won by a 3% margin.

Morsi will claim that those who voted against the constitution are trying to kidnap him.

Egypt will have no money. Morsi will claim that this is a rumour and that Egypt has billions but thefelool keep stealing it. ‘A third hand’ will steal Morsi’s own wallet.

Morsi will issue a decree stating that anyone with more than 10,000 LE in their bank account is felool and is trying to kidnap him. The public prosecutor will put out arrest warrants for 49% of the population who are conspiring.

We will have no judges left.

Morsi will issue a decree stating that the police will now act as judges. Protests begin with signs displaying pictures of Judge Dredd with a big red X over them.

Police will refuse to act as judges and go on strike.

Morsi will issue a decree stating that the police are trying to kidnap him.

The army is likely to intervene. Morsi will issue a decree stating that there is no such thing as the army, only men with tanks that are trying to kidnap him.

Morsi will be arrested by the army for high treason. Morsi will claim that Shater was ruling the country all along.

Shater will be arrested and put in the same cell as Morsi.

Shater and Morsi will reminisce: “This is just like old times!”