Syrian-British writer and producer Halla Diyab certainly put her foot in it, recently claiming that there's no place for Syrian refugees in the UK and that she, as a taxpayer, should not have to support them. 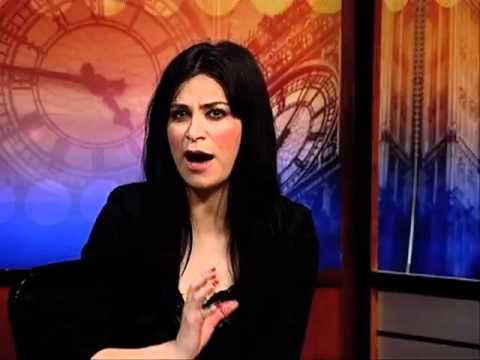 Just when you thought things couldn't get any worse for our Syrian brothers and sisters, we give you the Syrian Sarah Palin. Halla Diyab, a writer and producer of Syrian origin and based in London, claimed that Syrian refugees shouldn't be "picky and choosey" and would be better off seeking asylum in neighboring Arab countries such as Saudi Arabia, or Lebanon, rather than coming to the UK.

Heartless Diyab also voiced concerns over how much allowing Syrian refugees into the country would cost British taxpayers. She added: “I don’t believe it’s a wise idea to bring the Syrians to Britain as refugees. As a British taxpayer, will I be requested to subsidise for a new Syrian population in this country?” It would be much better for them to stay in neighbouring countries that are close to Syria culturally and demographically, like the United Arab Emirates, Jordan, Egypt, Saudi Arabia and Lebanon.”

Diyab suffered an instant frenzy of negative feedback following the interview and even received a series of sickening death threats. However, the pundit was quick to back down and issued a groveling climb-down amid the huge public backlash. She said: “The way I put my thoughts across was misread. My intentions were not as they think. I’m from Syria. I can’t go and insult where I come from. I don’t forget where I come from. Even the British Council for Refugees has stated that the most challenging cases for asylum seekers in Britain are those who come from non-English speaking countries. That is my point. I don’t know if I explained it right [during the interview]."