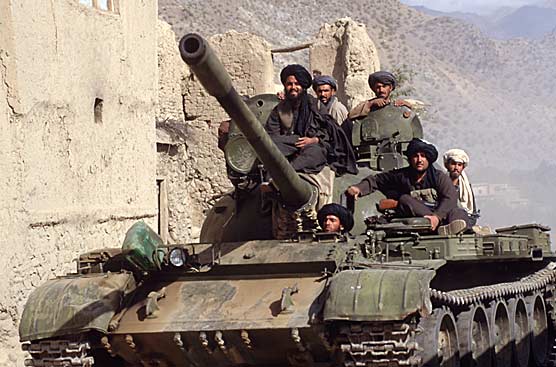 Metrosexual Taliban militants have raised eyebrows in Pakistan after extorting cash from shop owners to splash out on fancy BEARD grooming products. The body-conscious bombers - famed for their supposed hatred of Western consumerism - have been charging locals in North Wazirstan, hundreds of dollars to fund their swanky hair care habits.

Hikmatullah Khan, a shopkeeper in Miramshah, said that at the same time as commanders were insisting he pay Rs300 a month “tax” their fighters were stocking up on grooming products. “They were very keen to buy foreign-branded shampoos, soaps and perfumed sprays,” Khan told AFP. “They had a lot of eagerness for French and Turkish [brands].”

But it's not just personal grooming products marking the mullahs' must-haves, as British washing powder and even AMERICAN cooking oil took top spots on the bizarre shopping lists. Muhammad Zarif, a wholesale merchant in Datta Khel, near Miramshah, said much of it is smuggled from Dubai.

The news comes after thousands of the militants fled the tribal area after shaving their famous beards in a bid to avoid detection in the country's capital, Islamabad. One local barber claims his business boomed as the fighter fled the region following an offensive by the Pakstani army. “I have trimmed the hair and beards of more than 700 local and Uzbek militants ahead of the security forces’ operation. The same leaders came asking for trimming their beards and hair very short, saying that they were going to the Gulf and wanted to avoid problems at Pakistani airports.”

Meanwhile, fellow Jihadists ISIS have been commemorated in a controversial T-shirt range, causing temperatures to soar in Britian. Online vendors are making a killing off of the shirts, which show Mr. Men characters, Mr and Little Miss Bump with suicide bombs strapped to their chest. A blurb on one stockist's site mimicks the tone of the popular childrens' series: "Generally all of the Little People have not been taken seriously by the people of the west. Now we will give you one Mister character you will not be able to make jokes about, here comes Mr. Jihad. Yes that is right Infidels we have added a new soldier to our arsenal of little people, and you will have to take it very seriously, Mr Jihad is on his way. Lets see you laugh at that!"

The cartoon's creators are now in line to take legal action against companies stocking the distasteful garments.