In a strange statement, Afghanistan's Taliban spokesman explains how Angelina Jolie can help their cause. 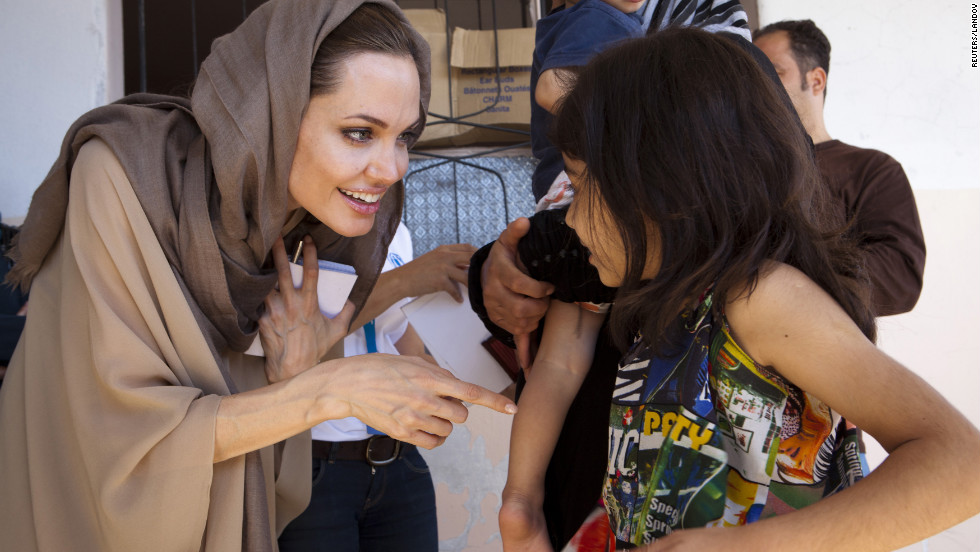 The Taliban has reached out to an unlikely ally in their battle against the West, US actress and all-round hottie, Angelina Jolie. In a move sure to puzzle the Tomb Raider star (cinemas were banned under Taliban rule), the group's spokesman Mullah Qari Yousef Ahmadi asked the UN goodwill ambassador to turn her talents to securing reparation fees for Afghan people.

He said: "The best Angelina Jolie can do is to turn her good intentions to convincing her government to pay reparations to the Afghan people until they are able to educate their children, care for their sick, and rebuild the towns and villages the American army and their allies destroyed.

The bizarre plea came as Ahmadi also claimed that the group had undergone a slight change of heart and now fully supported women’s right to education, just months after the group's Pakistani counterparts attempted to kill schoolgirl Malala Yousufazi for, well, going to school. He added: "Our policy will hold the education of women to be of equal importance to the education of men, God willing. We harbour no hostility towards science and education. On the contrary, we hold ourselves among the staunchest supporters of higher learning. We are a nation of science that builds schools, not a nation of ignorance that burns them."

Looks like the Mujaheddin are going all soft in their old age; movies, women's education... What next? Pop music?