The Nile River to Become a Trade Route Between Alexandria and Uganda?

During a meeting with his Ugandan counterpart, President Abdel Fattah Al-Sisi has agreed to establish a trade route between the two countries on the Nile river leading up to Alexandria's seaport on the Mediterranean. 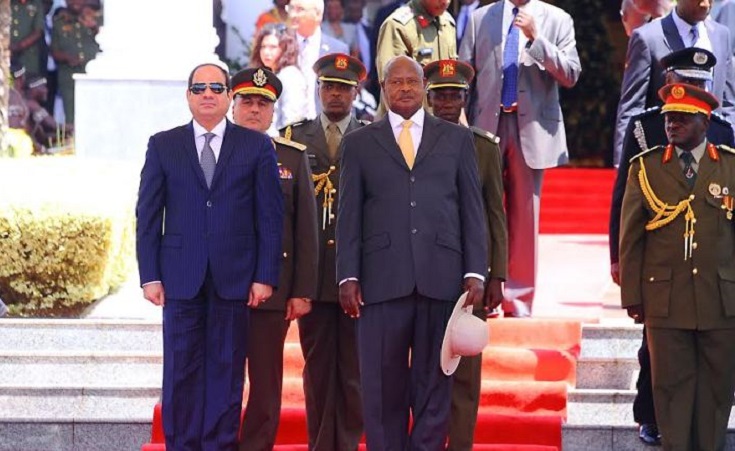 Egyptian President Abdel Fattah Al-Sisi and his Ugandan counterpart Yoweri Museveni signed a memorandum of understanding yesterday concerning using the Nile river as "a transportation highway to the Mediterranean Sea to reduce import-export costs," according to All Africa.

As per the plan, a trade route would be established between Uganda and Alexandria through the Nile river, however, execution may prove difficult due to turmoil in South Sudan, where civil war has erupted after the bitter power struggle between President Salva Kiir and former Vice President Riek Machar. "We are, however, looking at the security problems in South Sudan and Sudan to see how they can be solved," Museveni said.

This comes as Egypt's differences with its Nile basin partners, including Uganda, continue, whereby most countries advocate for a new agreement to regulate the use of the Nile river, which Egypt rejects, abiding by the one signed in 1929 instead.