The Right to Remain Silent

Analysts and media commentators alike are up in arms about the new protest law which is awaiting ratification from interim president Adly Mansour. Eihab Boraie discusses the dangers of letting it pass and what it could mean for Egypt's future... 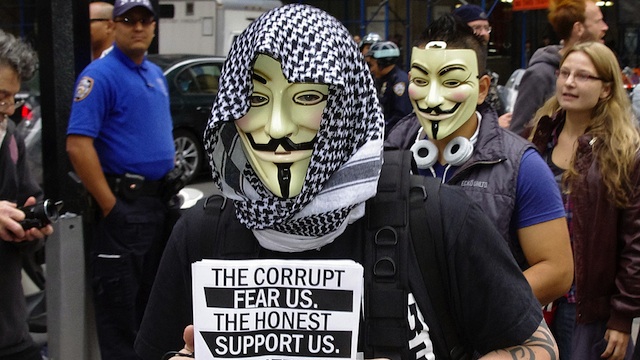 Confusion, anger and, ultimately, sadness is gripping Egypt, as all of the gains that were made on January 25th are being erased, as collective memories of the masses fade away along with this country’s pride.

In a previous article named Connecting the Dots, I alluded to the military's planning of the June 30th movement and the dream agenda of reversing all the gains made by the original revolution. As time passes, this theory seems to be more reality than conspiracy, as each week brings forth a new sour, jagged pill for the people of Egypt to swallow.

The latest is the behind-closed-doors plan to ban protests that aren't approved in advance by the police. The absolutely atrociously authoritarian law, disguised as a stabilising safety measure, includes items such as:

Article 5, which states that protesters cannot cover their faces in any way. Taking away the first line of defence against tear gas, while dissolving any Niqabi presence at protests.

Article 6 stipulates that demonstrators must notify the police 24 hours in advance of a protest, detailing the start and end time, location, purpose, and names of every single protester who plans to partake in the demonstration. Listing the names of everyone participating is impossible and will most likely help launch a police witch-hunt. It also begs the question, since when have we had an effective police force, let alone one that cares about its citizens?

Article 9 bans all sit-ins, detailing that protests must not disturb public order, the interests of citizens, or cut off public roads, effectively banning it just about everywhere.

Article 14 restricts demonstrations around areas of interest like presidential headquarters, ministries, police stations, courthouses, and international organizations. I am pretty sure this wouldn't be such a bad idea if we actually had justice in this country but since we don't, it seems like these, at times, are most fitting places to hold protests, especially outside the corrupt courthouses.

These are but mere highlights of the military's draconian plans and the worst part is that the constitutional committee has passed the law, and is only missing the signature of Adly “No One Voted For You” Mansour to ratify it and bring it into action.

Considering the facts that Mubarak has been released and being re-tried, while the Brotherhood are still rounded up like sheep during Eid al-Adha, the military's plans seems to be coming to fruition with little to no resistance. It sad to think that our weapons of crying rage have become silent as many have settled into becoming dormant drones under the control of Generalissmo Sisi.

It seems like the longer we continue living in an unstable nation, the more the majority of Egyptians crave the powerful hand of a dictator, but I sincerely believe that there is a better way forward. The proposed plan of banning protests is being disguised in the same fashion as putting all Brotherhood members under the terrorist brand. Sure, they are the ones occupying the streets right now, but that isn't always the case and the majority are definitely not terrorists.

It wasn't the Brotherhood members who led the overthrowing of Mubarak, it was a diversity of fed-up Egyptians belonging to a variety of religions, sharing the same goal. By banning protests, we are effectively giving up the ability to challenge the corruption and the military junta that still reigns supreme. There are still plenty of rights not afforded to Egyptians that may require taking the streets; we still don't have a fair minimum wage, women still face barbaric inequalities and no one in position of authority ever seems to be held accountable, just to name a few. If Egypt was seriously trying to solve the violent protest problem than all they would have to do is pass one simple law: 10 years to life imprisonment for anyone who brings a weapon to a protest. Unfortunately, we are at the will of unelected officials and with the way things have been happening of late, it is only a matter of time before Generalissimo Sisi gets promoted to President Sisi and we are left with only one right. The right to remain silent.