Stuck between a tank and a bearded place? The Third Square movement opposes both the military rule and the Muslim Brotherhood's protests, and Eihab Boraie finds himself drawn to the alternative solution. 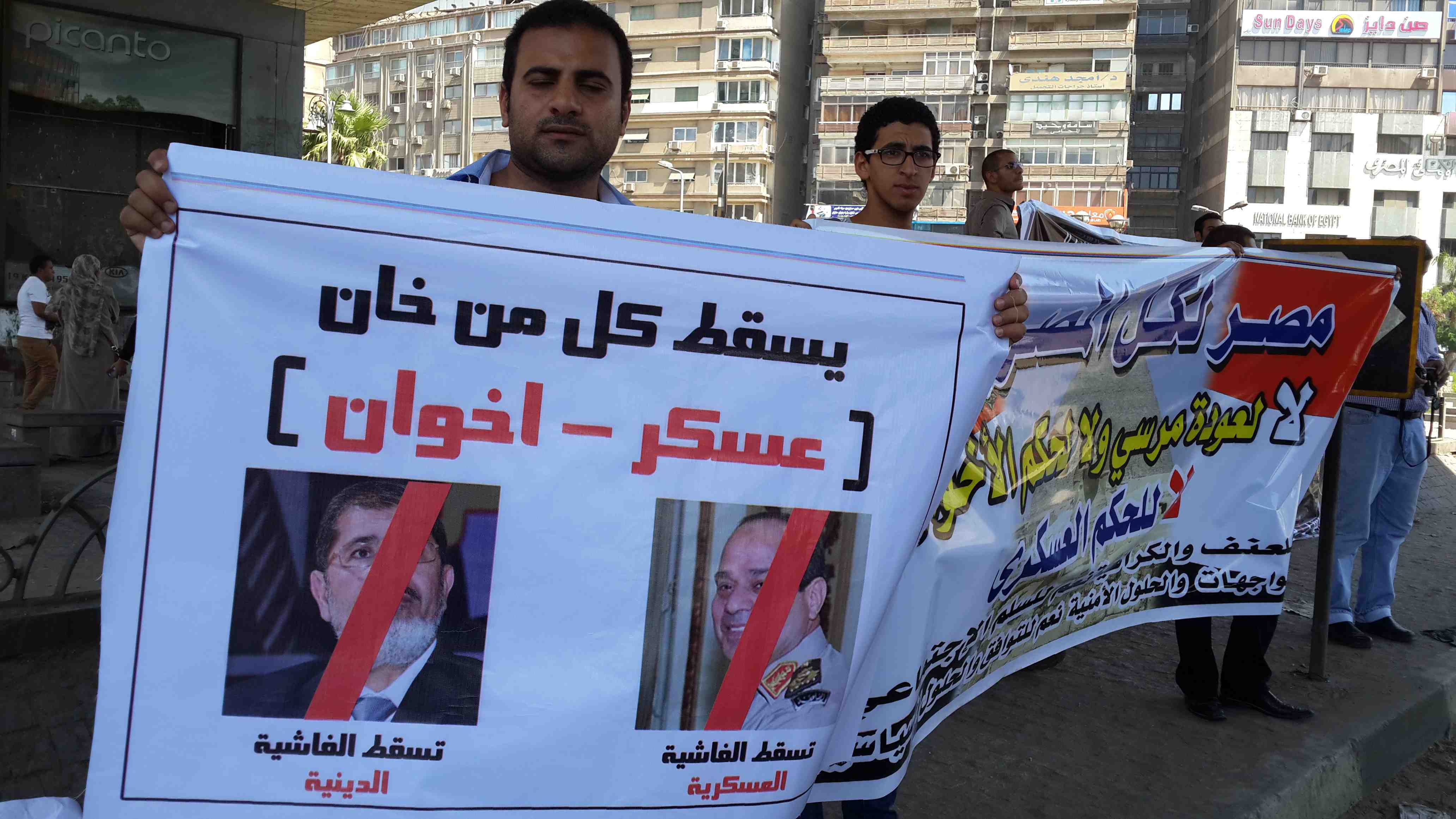 Are you tired of being told what to do by the military? Are you tired of being told how to pray and what to believe by the Brotherhood? Is calling people who share a different view a terrorist got you feeling nauseous? Is the feeling of blood on your hands making you sad? Well, then I have good news. There is movement happening that can take care of all those symptoms; the Third Square Movement.

Recently, I have been feeling lost with where I stand on the issues affecting the country. I was all for the removal of Morsi and took to the streets with a sense of purpose. I took to the streets to prove to western media that I supported the military decision to remove Morsi. Yet when I was asked to take to the streets to give the military a mandate to fight terrorism, I had to draw a line in the proverbial sand, and refused to go out. I am still not convinced the military needs my permission to fight terrorism, but whatever. I was just so sick of having this argument with friends and family, talking about how the mandate makes it legal. Since when has anyone cared about legality? If we did, Morsi would be president until we take him to court and legally remove him.

So, once I was lost, but now I am found. Finally, I can return to the streets with a guilty-free conscience alongside the Third Square Movement. Who are the Third Square Movement? Well they are people like me who do not support the military, while at the same time do not support the Islamists protesting Morsi’s removal. It doesn’t makes sense the only options ever given where between the two, and I am pretty sure that the majority of people who took part in the 2011 revolution were looking for something new, hoping to break away from the past. The Third Square Movement said “All Egyptians are already against terrorism.”

I am not sure how people could forget how brutal the military rule was during the transition from Mubarak to the Brotherhood. That's not even mentioning the fact that they were the ones who put Mubarak in. So who took to the streets on Friday to give the army the mandate? My guess is that the masses that took to the streets were a mixture of the “Couch Party”, Mubarak remnants, and the very narrow minded. If you need the television to tell you what to think, then you really aren't helping to shape a new country. I was perfectly content with the couch party staying at home, they really weren't needed and in fact are primarily responsible for the general failings of the revolutionary goals.

Some will argue that splintering off from the Tamarod movement will set us back. In fact Hassan Shaheen, Tamarod spokesperson, claims that the Third Square Movement aims to divide Egypt and it's revolutionary forces. Shaheen stresses: “The revolution and its gains will not be put to a referendum...We will support the transitional government and the Egyptian army through the current period and to confront any violence or terrorism.”

I for one will not be a tool for the army. Killing terrorists is what you are supposed to do, but reclassifying protestors as terrorists is not acceptable. I personally won't be telling anybody what to do. For the meantime, we are free to express our opinions and this just happens to be mine. If you suffer from the symptoms described at the start, then rest assured you are not alone and the Third Square Movement could use you. I hope that this doesn't end with the army classifying them as terrorists too but it could happen, you never know. What I do know is it is time to turn off the TV and time to start thinking for ourselves.