The leading business magazine rounded up the region's 100 startups with the most disruptive ideas and largest funding. Which Egyptian startups made it in the influential list? 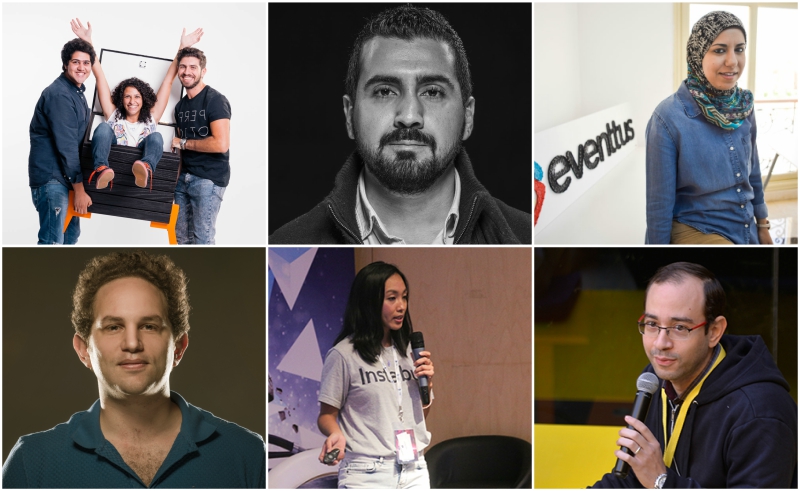 As the Middle Eastern entrepreneurial landscape continues to grow, with a flurry of new VCs, the crafting of massive new funds, and accelerators across cities outside the bustling capitals, Forbes scoured through the regional scene to find the region's top 100 startups. Leading the list, is Dubai's Fetchr, dubbed the Middle East's next unicorn, followed by Lebanese music app Anghami, which racked up $29 million in funding so far, and HolidayMe, ranked 3rd with $24 million raised in funding.

From Beirut, to Kuwait city and Dubai, the leading global business magazine compiled the startups that had the most innovative ideas and secured the most funding; but who is championing the Egyptian sphere? We rounded up the top Egyptian startups this 2017, according to Forbes.

Ranked 5th, the HealthTech platform tops the list. Founded by Amir Barsoum in 2015, the startup revolutionising the way we book a doctor’s appointment made waves this year, when it closed a $5 million investment deal -  one of the country’s largest investment rounds - led by Emirati BECO Capital, Swedish Vostok New Ventures, Jordan’s Silicon Badia, and Egypt’s Technology Development Fund (TDF); and few months later, it closed another $500,000 deal with Endeavor Catalyst, now totalling $11 million in funding. Having grown a platform with over 3,500 doctors and over 60,000 monthly bookings across five Egyptian governorates, the startup announced in April that it is now setting of to launch in Jordan and Lebanon, entering a combined market of over 14 million people.

The startup with one of the most inspirational stories to hail from Egypt was ranked at 40th. Founded by Omar Gabr in 2012, their bug-reporting app helps submit reports on more than 12,000 apps, and connects nearly 300 millions iOS and Andriod users. A graduate of Flat6Labs Cairo and Silicon Valley's Y Combinator, the startup made headlines in 2016 when it raised a $1.7 million seed investment led by Accel Partners. With a total $2.1 million raised and offices in Egypt and USA, the startup continues to focus on what Gabr considers its biggest asset: a killer team. “It's the main asset we have. It’s not the product; it's not the investment. When you have a team of brilliant engineers that have full ownership and responsibility in the product, each of them focused on one single goal, they can create wonders,” he said in an interview with Startup Scene. (Photo: Instabug's Content Marketing Lead Aprile Muscara at the Techne Summit 2017).

Founded by Mohamed Attya, Mohamed Hisham, Ahmed Mohamed in 2011, the startup ranks 43rd. The platform, which allows consumers to buy products abroad without paying excessive shipping fees, started off with EGP 120,000, and managed to raise $1.25 million from 500 Startups, among other investors. With a total funding of $2.5 million, the startup manages offices in Egypt as well as warehouses in the USA.

Ranked at 48th in Forbes' list, the startup was founded in 2014 by Founded Sherif ElRakabawy and Mohamed Ewis. At the core of their business, the company compares prices across online stores, such as Souq and Jumia, obtaining revenue through cost-per-click. In 2015, the startup closed a massive $2.7 million funding round, led by UAE-based KBBO Group. Founded by Ameer Sherif in 2014, the startup broke records nabbing a $1.7 million investment in 2015 from Sweden-based Vostok New Ventures and UK-based Piton Capital - one of the first major investment deals closed by an Egyptian startup -in addition to previous investment from 500 Startups and Endure Capital. In December 2016, the recruitment platform made headlines once again when it acquired job assessment provider Viriphi, aiming to catalyse the hiring of one million Egyptians by 2020. With a total funding of $2 million, the startup ranks 51st in Forbes' list. The woman who made it to global stage with Barack Obama at the Global Entrepreneurship Week (GEW) in Stanford, USA, ranks 54th with he startup Eventtus. founded by Medhat, along with Nihal Fares, the startup does not disclose its funding. In an interview with Startup Scene, Medhat said she had no idea she would even come close to the US President when she got on the plane to participate at this year’s GEW. “I was amazed by the idea that Obama understands the value of entrepreneurship, and how we can bring countries together through this,” she told us.

The newly founded startup has been making waves with its AI powered personal helper, now ranking 59th in the entire region. Founded by Karim Elsahy and his wife, Abeer Elsisy, is a bot service that acts as a one-stop shop for all kinds of purchases. With a total $1.3 million in funding, the app has garnered thousands of users around the globe, tapping on a trend that many may know as ‘the concierge economy.’ Ranked 57th, the startup founded by Amir Allam has garnered 1 million monthly users across the country, and this year made waves when it secured a $1.5 million round from Algebra Ventures, in one of the VC's first major investments. But for the entrepreneur, who kicked off the company in 2011 with a $3,000 investment, focused on revenue from the kick-start. “We were focused on generating revenue from day 1,” the 32-year-old entrepreneur said, in an interview with Startup Scene. “So that made us survive longer with less of a need for funding. Sometimes startups fall into the trap of raising money, money, money, without actually generating any revenue. That wasn’t us."

Founded by Amad Almsaodi in 2011, Aqarmap.com is the leading Real Estate portal in Egypt and Saudi Arabia. Last year, the startup sold more than 17,000 properties, worth more than $550 Million, and now ranks 75th in Forbes' list across the Middle East. With one million monthly visits and more than half a million downloads, the startup leverages on the opportunities provided by a booming real estate industry in Egypt, as Yemeni-American founder Amad Almsaodi told Forbes.

Founded by Ali Zewail, Mohamed Nar, as a social media platform that, instead of algorythms, allow people to control what they see and protect their privacy, the startup ranks 78h, with a total $1.4 million investment. The Egyptian homemade food startup was founded in 2015 by Belal El borno Belal El Borno. Selected by CairoScene as one of the 16 of 2016, for its high-impact initiative, the startup raised a $200,000 investment round from Saudi-based Faden Media and with French multinational Publicis Group in August 2017 - an investment that brought their total funding to $1.2 million. With a focus on healthy wholesome food, the startup has been reaping multiple awards, including the prestigious Publicis90 Global Startup Competition Silver Award, out of 3,500 other digital startups from 141 countries worldwide. Now aiming to raise a total $2 million for this Series A investment, the startup was ranked by the magazine as the Middle East's 84th top startup. Ranking 95th, the startup founded by a group of young hustlers to disrupt grocery shopping was selected in 2015 as one of Startup Scene's 25 under 25. In May, co-founders Amr Fawzi, Rami Nassar, Ahmed Sudan raised a massive $750,000, round of investment from Algebra Ventures, one of the country’s largest venture capital funds. The online grocery service founded in 2014 in Cairo, and this year announced a partnership with development leading firm Sodic, which runs multiple residential compounds in Egypt. Their application – along with its now trademark big, brown, insulated boxes – allow customers to browse premium grocery and home products and order them from different shops, with all orders delivered overnight.

Founded by Sherif Hossny, what initially started as a quirky travelling audition booth became one of the region's top talent recruitment platforms, racking up 25 million views for its online show. Since its founding in 2012, the entrepreneur travelled across Egypt's governorates in the search for talented singers and artists, offering them a chance to unlock their passion. With a total $1.7 million funding, the startup ranks 100th in Forbes' list.

This article was originally published on StartupSceneME.com. Check them out for the latest buzz on all things geeky and business-y across the Middle East.