The U.S. have officially come forward asking for Morsi's release from his safe place. 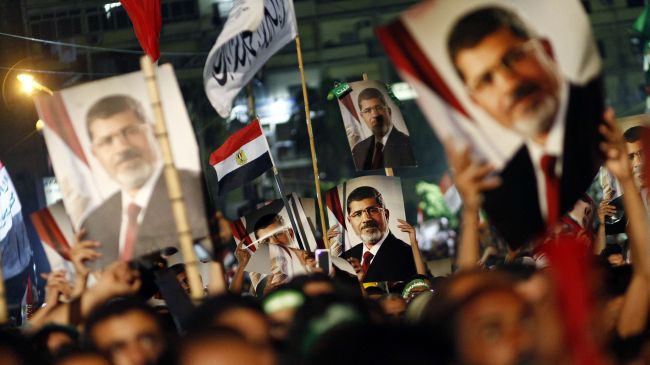 On Friday, the United States called on the Egyptian army and interim leadership to free ousted president Mohamed Morsi. This is officially the first request since he has been taken into custody over a week ago.

Jen Psaki, the State Department spokeswoman, stated that the U.S is in agreement with Germany's earlier appeal. Since the ouster of Morsi, America has been quick to condemn the arbitrary arrests of Muslim Brotherhood leaders, but haven't made public that they felt Morsi should be freed. Psaki was unable to give a reason for the U.S change of stance but released a statement saying:

The U.S officials have also been in regular contact with all sectors of the Egyptian political scene, and the US ambassador has just met with interim Egyptian president Adly Mansour to stress the hopes of a totally inclusive process moving forward. It seems as though the Americans have no idea what side to be on, but they are trying to their best to stay on the fence.

“While we recognize that president Morsi was democratically elected ... it’s about more than what happens at the ballot box. Most democratic transitions take years to take root and stabilize, especially following decades of autocratic rule.”

At this point of time it is hard to believe any Egyptian really caring what America is thinking or suggesting. It's time to take care of Egypt for Egyptians and not Americans. When we are ready then we will listen to what you have to say. Until then stay out of our shit.