According to several sources, four teenagers have been held in custody, alongside their teacher, after footage of them making fun of ISIS was leaked and considered by their Muslim neighbours as an insult to their religion. 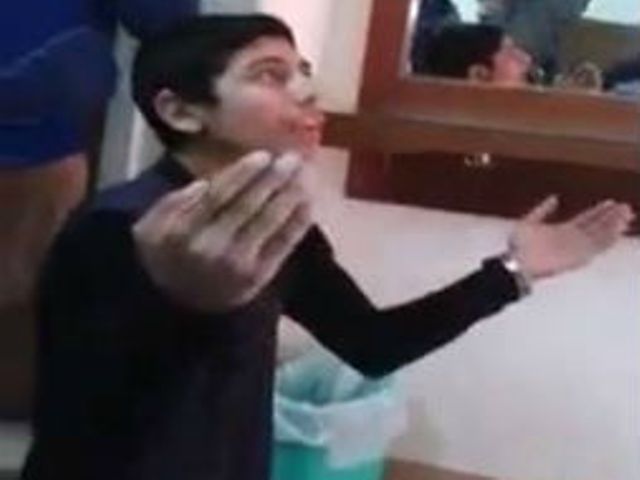 Teenagers poke fun at just about everything, but in Egypt a joke has the potential of ruining lives. Arrested last month were four teenagers and their teacher who were caught on tape making fun of ISIS, but was construed as an insult to Islam.

In the harmless clip showing boys being boys, a group of teens ranging in age between 15 and 16, appear to be mocking ISIS kneeling on the ground hysterically praying and imitating a beheading. The video was taken during a faith-based excursion in February, and supervising the trip was Gad Younan, a 42-year old teacher who allowed the boys to a shoot a video using a mobile phone. Accidentally, the teacher misplaced his phone’s memory card, which ended up in the hands of his Muslim neighbour in Al-Nasriyah village in Upper Egypt. Upon watching the video, a group of Muslims filled a complaint with Police under Article 98(f) of the Egyptian Penal code which criminalises 'insulting a heavenly religion or a sect following it.'

Not satisfied with just an arrest, allegedly more than 2,000 Muslims decided to march through Al-Nasriya area attacking Christian homes and business. Citing the Copt-owned Watani newspaper, The Daily Mail claims that Ashraf Salah, a computer repair shop owner, said: "They were chanting slogans against Christians and Christianity. They were chanting: 'With our souls and blood, we will defend you, oh Islam! We will not leave you; we will take revenge for you!' They were pelting Christian homes with stones, pounding threateningly on doors and windows, attacking shops owned by Coptic Christians. They destroyed the door of my shop and they destroyed a photo studio owned by the father of one of the boys. For three days we were living in terror and panic. We stayed in our homes and our children didn't go to their schools.”

Allegedly, fearing for the lives of their children, the parents of the accused turned them in to police on April 9th, except for one family which decided to flee the area. If convicted, the teens could be facing up to five years in a youth detention centre, while the teacher could be facing up to seven years in prison.

The latest update according to Watani released on the April 22nd stated that "Today was the end of their [allotted] 15 days [in custody], so for this reason the hearing was [brought forward to] today," says Rizk Mikhaeel, one of three defense lawyers. Younan and the four boys are remanded to another 15 days in custody. An appeal is made for the boys' release and for a hearing to take place within a week. "We are hopeful that the prosecution releases the four secondary­ school students because their school exams will be held soon," Hamdi al­Assiuty, another lawyer, tells World Watch Monitor.

The parents expected that their kids would be out on the 7th of May, but were shocked to find out that their imprisonment was renewed for the third time, and allegedly the teens had to take their exams in prison according to The Washington Times, citing the Washington-based International Christian Concern organisation.

There is a lot of reason to be skeptical of the story, as it failed to make national headlines, and seemingly has only been covered by biased outlets. However, if all of details prove to be true then there is a lot of unrest in the Al Nasrayah village that needs to be addressed before all members of the community will feel safe. In either case this should come as a concern to all Egyptians.