Previous Post
Art of Form: Italian Extravagance for Egyptian Homes
Next Post
The Best Christmas Movies For Everyone

As the world looks to Egypt in horror, one group has filed a lawsuit against controversial TV anchor Mona Iraqi, claiming that the role she played in the raid violate the codes and ethics of journalism. 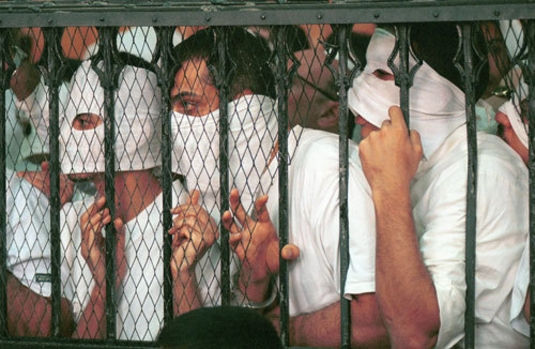 Not knowing what her true intentions were, the EAS were completely shocked when the episode aired using their interview for “unethical purposes that are totally against the society’s codes,” explains an EAS spokesperson. Immediately after airing the episode Iraqi was met with a variety of criticism from right groups calling her actions illegal. “Iraqi did not only file a report with the police, but also accompanied security forces in the raid and took pictures of naked men trying to hide their faces,” said the joint statement by various right groups in the MENA region.

The rights groups demand that Iraqi stand trial accusing her of violating ethical codes of journalism, specifically article 58 and 75 of the Criminal Procedure Law, which prohibit disclosure of police procedures by unauthorised individuals or institutions. The big fear from right groups is that Iraqi has totally stigmatised the subject of AIDS further, and that patients suffering from the illness will be too afraid to seek advice or even medically examined.

Sadly, the damage is done, and according to the Interior Ministry officials, the raid was legal. Iraqi denies all the allegations against her, saying that this situation is no different than her previous exposés.