What Do You Get When You Cross a Kangaroo with ISIS? 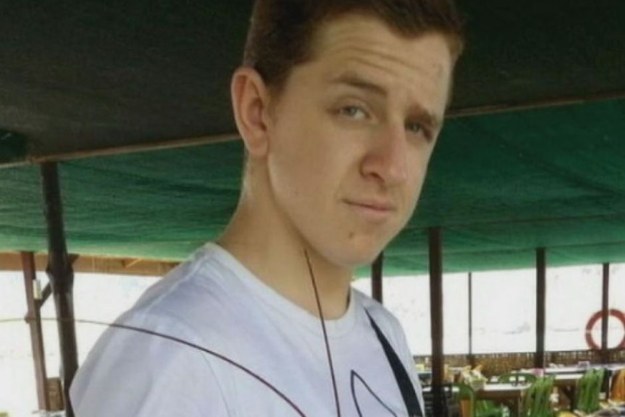 The unlikely frontman, known as Abdullah Elmir, 17, went missing from his home in Sydney’s west end at the end of June.  Elmir first appeared in the latest sickening terror clip released by the Jihadist group.

During the worrying clip he tells the camera: "To the leaders, to Obama, to Tony Abbott I say this; these weapons that we have, these soldiers, we will not stop fighting, we will not put down our weapons until we reach your lands, until we take the head of every tyrant and until the black flag is flying high in every single land."

He said ISIS would fight until the group took over Britain's Buckingham Palace and the White House. Meanwhile Elmir - who appeared alongside other young terror recruits - used the clip to mock international efforts to wipe out the group.

Australian security sources claim that Elmir left for Syria with another Australian teenager in June. However, his accomplice was nabbed by his dad after the pair crossed the Turkish-Syrian border.

He said: "Of course part of the appeal of the video is here's a kid from Bankstown, now he's with the Syrian fighters and he's right in the middle of the action. And that, for kids, is attractive.

"His actual speech is rather banal, but rather banal by our expectations. But for teenagers or 20-something young men, it’s probably quite moving."