Who are Egypt's Elite?

With the presidential elections fast-approaching, Adam Mowafi wonders if Egypt's activists were ever in touch with the demands and opinions of the masses, arguing that they've created an exclusive bubble for themselves. 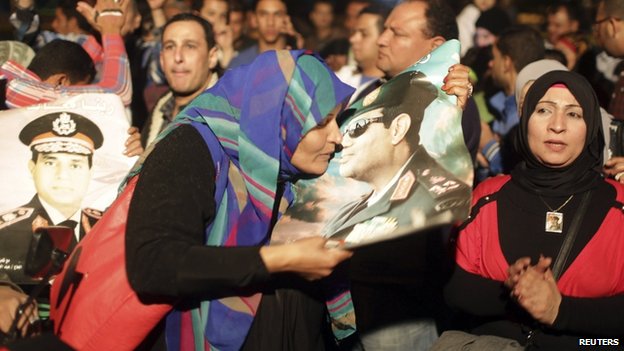 Elitism in Egypt is not confined to the wealthy but also the intellectually rich.  We live in an Egypt where those with money are frequently assumed to be living in a bubble and activists are “aware” but is that really the case?  Yes, the 1% do live in a bubble but they understand that they do; they created this bubble and they choose to live within it and all the comforts it provides. There is no self delusion.  Activists, however, have no concept of the bubble they have created around themselves, they are the self-appointed speakers of the people and are brutally oblivious to the fact that they are seeing Egypt the way they want to see it and not how it really is.

Affecting change means you actually need to understand where your starting point is.  On several occasions over the past three years, the supposedly enlightened have made the critical mistake of attempting to will fallacies into reality.  January 25th made the assumption that everyone was categorically unhappy about Mubarak and, as such, the majority would move cohesively into the next stage. Countless times, activists have blamed the state but maybe – just maybe – it was the people?

The activists who decided not to abstain and vote for Morsi, while crudely insulting the logic of anyone who did not understand why they would take that course of action, incorrectly assumed that anything would be better than Mubarak and his cronies.

Fast forward to post-June 30th and activists once again assumed Egyptians would be outraged at the clear-outs of Rabaa and Nahda when actually, a hefty proportion of society requested the severest of actions  against those in the squares. Once again, the people did not quite fit the mould the activists imagined for them.  If security is a major concern for the public and the average activist response is “fuck the police,” clearly there is a disparity of opinion being ignored.

As 2014 progresses, Egyptians feel like concept of the permanent elected president has now been disregarded and are looking forward to the upcoming presidential race. Activists, however, have deemed these elections to be a pointless waste of time and therefore everyone in Egypt who disagrees is intellectually inferior or collectively brainwashed .

I cannot help but feel we have a pot-calling-the-kettle-black situation on constant loop with those supposedly meant to be our righteous compasses acting with unabated arrogance towards the opinion of millions. If you think people are stupid for voting for the military again, claiming they are collectively ignorant, I ask: who is really acting elite? What incentive do the Sisi supporters have to change? Many suggest that excluding the Muslim Brotherhood will lead to permanent unrest, but as it turned out, ignoring the Kanaba causes an equally, if not bigger, set of problems.

This article is not about advocating one course of action over another, but instead highlighting the fact that that maybe for change to actually occur you have to start from where we really are and not what where we assume or wish to be.  In a country where hope and positivity can be great motivators of change, activists don’t just seem to be broadcasting when something goes wrong but, problematically, enjoying doing so. If you want an inclusive and open process, it is important to realise that, as hard as it must be to admit, revolutionary activists have dismissed the opinions of millions for three years.