Why Economists Are Saying Egyptians Shouldn't Invest in Dollars

[EXCLUSIVE] As inflation soars to 23.3%, the US dollar is seen as a safe haven currency. Sceptical of the trend, we reach out to Economic Researcher Nicholas Mehling and Multiples Group Managing Director Omar El Shenety who confirm our misgivings. Here's why you shouldn't hoard your dollars. 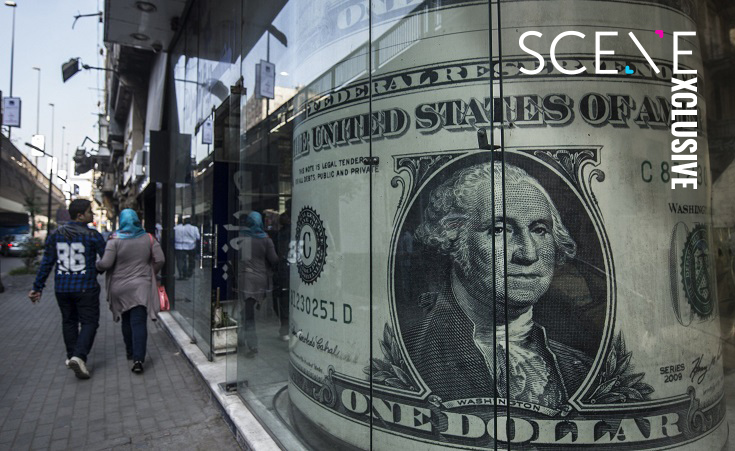 Ever since the Egyptian government free floated the pound, the perception has been that the US dollar would not plateau anytime soon, partly fuelling its rise to unprecedented highs – even by black market rates. As the dollar takes a tumble, after reaching an all-time high of EGP 19.67 to EGP 18, the question on everyone’s mind is, which way will it go next? Experts and analysts are betting on down.

Egypt’s foreign exchange reserves went from $19 billion to $23 billion between October and November of 2016 alone – with a little help from the first tranche of the IMF’s $12 billion loan – and have been growing ever since. Yet, the rate jumped from EGP 15 (the black market rate on November 2nd) to almost EGP 18 in the first few days following the decision to float the currency on November 3rd. It is clear that the numbers just don’t add up since conventional wisdom dictates the exact opposite.

Dubai-based investment bank Multiples Group Managing Director Omar El Shenety concurs. “I think the dollar is overvalued and its current exchange rate is unrealistic. We are in the adjustment period and the dollar is expected to go down in a few months after the backlog of delayed import orders and dues get covered,” he says.

If you panicked and bought your dollars at EGP 18 or more, you might not want to hoard them. Never mind that tourist influx is expected to increase in 2017, Global Chief Economist of the Economist Intelligence Units Simon Baptist estimates that the Egyptian pound will strengthen by 14 percent against the US dollar – as reported by Egypt Independent. In a newsletter issued earlier this month, Baptist projects further growth in remittances, which had already shot up by 33.2 percent soon after the decision to float the pound last November.

Cairo-based economic researcher and business writer Nicholas Mehling will see Baptist’s assessment and raise him one of his own. “Egypt is expected to come back in 2017,” he says. “We have seen the low point, and, now, it has nowhere to go but up.”

As opportunities for growth and profit in the developed world become more and more scarce, investors turn to emerging economies like Egypt’s. “Developed economies like the US, the EU, and Japan are looking like a bomb that’s ready to explode. Debt levels have gotten to points where investors can see these countries won’t be able to pay back,” Mehling argues. “If and when they default and the global financial system collapses, it will affect Egypt considerably – Suez Canal revenues, maybe – but not as much as countries that depend on the global economy.”

In 2015, Egypt imported $11.9 billion worth of mineral fuels, making up 16 percent of total imports. With a growing local energy demand, this figure should go up, but will it? Recent natural gas discoveries in the Mediterranean, namely the Zohr field, off the Egyptian coast, beg to differ. The site, found by Italian energy group ENI, is believed to be “one of the world’s largest natural gas finds,” the company’s Chief Executive Claudio Descalzi told BBC. The Zohr field should be online before the end of 2017 and is expected to help meet Egypt’s energy demands for decades to come. “When Egypt doesn’t have to import natural gas, it’ll be a huge deal for the balance of trade and local currency will be worth a lot more,” Mehling states.

The exogenous shock of a Donald Trump presidency is another factor to consider, Mehling argues. “One of the main things he [Donald Trump] ran on was the idea that he’s going to bring jobs back [to the US] and increase exports,” he says. “The US can’t export if the dollar is at such a high value, so if Trump really does what he said he’s going to do, he’s going to have to let the US Dollar depreciate which is going to be good for the Egyptian economy.”

One thing is for sure, the government’s daring and sensible (not to mention extremely unpopular) decision to free float the pound and remove fuel subsidies has triggered nation-wide growing pains. As inflation soars to 23.3 percent, due, in big part, to the country’s heavy imports, the US dollar is seen as a safe haven currency. “The economy is going through a major transformation. This is bad news to most people. But it also creates some opportunities for local businesses that export or produce something that can substitute an imported product,” Shenety explains.

The devaluation of the pound may not be enough of a stimulus to turn Egypt’s consumerist economy into an export one, but it will most certainly discourage imports and create a market for local products, which, in turn, will strengthen the pound against the dollar.

On the long run, the devaluation could also attract Foreign Direct Investment and stimulate industrialisation – which would also translate into a stronger currency, provided that the government channels the now unappropriated funds, from slashing its subsidies bill, into education and healthcare reform and infrastructure expansion. And if the past 2 years are any indication, the government will put its money where its mouth is; Egypt’s infrastructure climbed 9 ranks on the World Economic Forum’s Global Competitiveness Index 2015–2016 report, going from 100th to 91st place. The report also indicated a slight improvement in public health and education.

Bottom line is, the indicators, the policies, and political will are there, so if you had to bet your bottom dollar, it wouldn’t be too imprudent to put it on Egypt.