Why This Picture of a Syrian Child is Going Viral

There are endless questions behind the photo of this 5-year-old child rescued from the rubble after an airstrike. 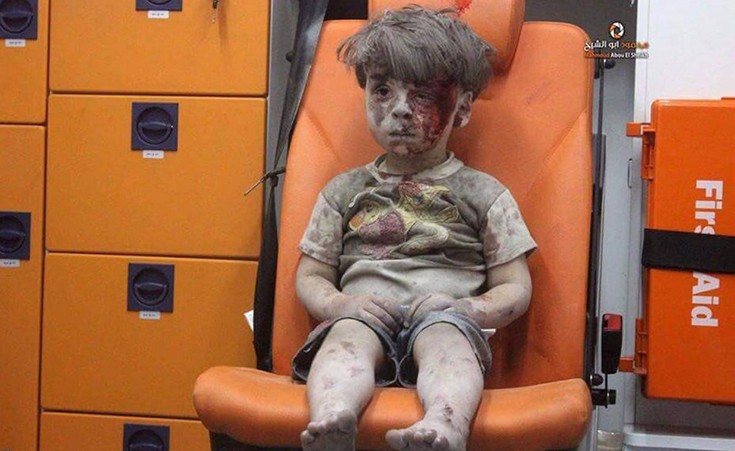 The image is heartbreaking; a five-year-old Syrian child sitting immobile in the back of an ambulance in Aleppo is inundating social media feeds, shedding the light on a war the world has turned its back on.

The Syrian child, identified as Omran Daqneesh, was rescued from the rubble together with his three siblings and his parents after an airstrike hit a building located the rebel-held neighborhood of Qaterji on Wednesday night. According to AP, eight people died in the strike; five of them are children.

The photo, shared by Syrian opposition activists, captures just one fragment of the horror lived in the streets of Aleppo every day. But it’s a fragment that digs deep into our humanity, shatters our hearts, and leaves plentiful questions behind. Because behind the haunting image of a motionless child, caked in rubble dust and stained in blood, lies the all too obvious, too painful question: why is he not crying?