Will Egypt Have AC This Summer?

As Egypt's energy crisis hardens, several restrictions on the usage of air conditioning units have been issued from various ministries. 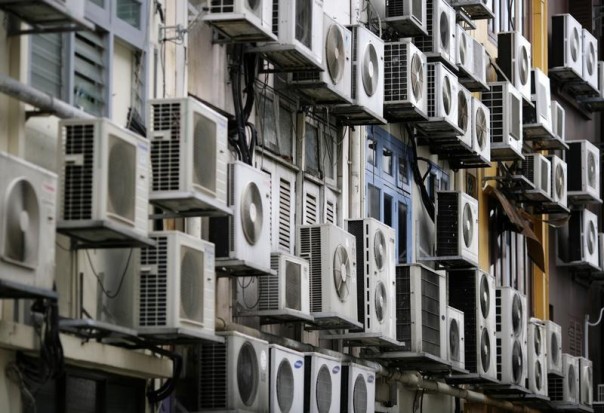 Egypt and energy problems go hand and hand and with summer coming, things are set to only get worse. Scrambling to find a solution before angers mount, the government has decided to implement a variety of restrictions that will have your blood boiling...literally.

The first restriction issued came via the Religious Endowments Minister, Mohamed Moktar Gomaa, who ordered mosques not to run their air conditioners until after the May 15th. After that date, mosques will only be allowed to run air conditioners during prayer time and half an hour before and after the call to prayer. To ensure that mosques follow the new rule, the minister claims they will be installing electricity meters that will monitor their usage. There is still no word what the punishment will be if they disobey.

The second restriction that has been issued is by the Trade, Industry and Investment Ministry who announced a ban on the making and importing of air conditioners that can be set lower than 20 degree celsius.

Some may call these decisions outrageous, but at the end of the day it does seem quite practical. Egyptians know there is an energy crisis, and that something needs to be done to address our egregious waste of energy. Either way, plenty of black outs are still expected as both the petroleum and electricity ministries announced that there may be a further decrease in output from the 17th to 27th of April.

The expected decrease is supposedly due to construction work taking place to link a new gas field in the Western Desert to the country's natural gas network. The government-owned Egyptian Electric Holding Company, responsible for electricity distribution, has called on Egyptians to ration their consumption during daily peak hours from 6pm to 10pm.

Energy will likely be an issue that continues to plague Egypt long after we elect a president. The best strategy going forward for many Egyptians will be to simply be prepared for a summer of sweaty discontent.